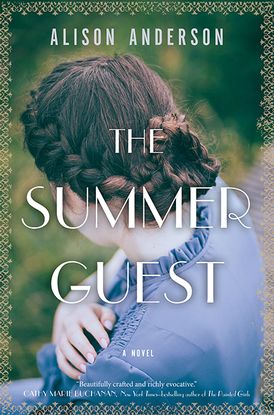 The translator of The Elegance of the Hedgehog, Alison Anderson, delivers a remarkable literary novel—with a stunning conclusion—inspired by historical events, in which a diary weaves together the lives of three women: a dying Ukrainian doctor who befriends Anton Chekov in the 19th century, a modern-day London book editor, and the woman she hires to translate it into English.

During 1888, illness forces a young Ukranian doctor, Zinaida Mikhailovna, into premature retirement on her family’s rural estate. When a St. Petersburg family rents an estate cottage for the summer, Zinaida—newly blind from the condition that will eventually kill her—befriends the son, Anton Pavlovich. He is a writer of modest but growing fame who will soon be known to the world simply as Chekhov, an author renowned for his mastery of the short story . . . and for the fact that he never published a novel.

This historical narrative is framed around fragments of truth: Zinaida was real. The eldest daughter of the Lintvariov family—land-owners in Ukraine who rented a cottage to the Chekhovs in 1888—she was afflicted by a brain tumour. Chekhov wrote to his friend Aleksey Suvorin about her and her stoic acceptance of her fate. He also wrote her obituary.

In the frigid winter of 2014, Zinaida’s diary lands in translator Ana Harding’s inbox, sent by the proprietor of a small London press. Katya Kendall hopes to rescue the failing press, and her failing marriage, by publishing an English translation. Ana accepts the poorly paid project as a distraction from professional and romantic disappointments, and is soon consumed by Zinaida’s intense, reflective narrative of two summers spent with the Chekhovs as she confronts her death. In its pages, there are tantalizing hints indicating that Chekhov did write a novel, inspired by Zinaida during their time together, and Ana becomes obssessed with tracking it down. But, as her search intensifies, she realizes the hidden novel is just one of several mysteries surrounding the diary.

The book blurs the line between firsthand experience and imagining worlds one cannot know, either because of blindness or the removals of time and geography, and renders authentic and memorable portraits of its three heroines. - New York Times Book Review

[Anderson’s] prose is the height of elegance. Here’s hoping that she follows this novel with more of her own. An exceptional novel about the transcendent possibilities of literature, friendship, and contemplation. - Kirkus Reviews (starred review)

The Summer Guest gives us all of the pleasures of a superb mystery novel, but most of all it is a profound meditation on the power, and necessity, of the imagination. What a deeply moving novel. - Ron Rash, New York Times bestselling author of Serena

A richly researched and subtly nuanced mystery that explores the intimate relationships of one of Russia’s best loved writers and poses intriguing questions about the fine line between art and deception. - Kathleen Tessaro, New York Times bestselling author of The Perfume Collector

Beautifully crafted and richly evocative, The Summer Guest offers sharp insight into the humor and humanity of [Anton Chekhov], and vivid transport to the verdant countryside of 1880s Eastern Ukraine. - Cathy Marie Buchanan, author of The Painted Girls

“An effable Russian atmosphere. . . . Leaves ample room for the delights of the imagination, with that little extra touch of soul.” - Muriel Barbery, author of The Elegance of the Hedgehog

“The portrayal of a great writer is a difficult feat for any novelist to pull off, but Alison Anderson succeeds. Her Chekhov is warm, engaging, possessed of a good sense of humour and a down-to-earth perspective.” - National Post

“Luminous. . . . It is the bittersweet tone and elegantly entwined portraits of three remarkable women that make The Summer House so transporting.” - Seattle Times 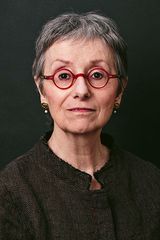 ALISON ANDERSON, a native Californian, works as a literary translator in the Swiss Alps. Her many translations include the Europa edition of Muriel Barbery’s The Elegance of the Hedgehog, Ingrid Betancourt’s memoir, and the work of JMG De Clezio. She has also written two previous novels and is the recipient of a National Endowment for the Arts Literary Translation Fellowship, as well as fellowships at the prestigious MacDowell Colony and the Hawthornden Retreat for Writers.

Other Works by Alison Anderson