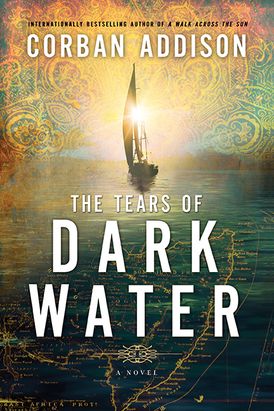 “A fast-paced thriller that puts its humanitarian moral at the forefront.” —Kirkus Reviews

A powerhouse new novel of tragedy, vengeance and redemption from the internationally bestselling author of A Walk Across the Sun and The Garden of Burning Sand—electrifying and moving, The Tears of Dark Water is a tour de force and Corban Addison’s most powerful novel yet

November, 2011: Somali pirates hijack a sailboat in the Indian Ocean and take Americans Daniel Parker and his teenaged son, Quentin, as hostages. A tense standoff orchestrated by top US negotiator Paul Derrick ends in tragedy. The pirates are captured and extradited to stand trial in the United States, and a young man named Ismail is identified by his cohorts as the leader. Paul begins to suspect there is more to his story than zealotry and greed, but Ismail says little, fearing the truth will endanger the only person he has left in the world: his sister, Yasmin.

Derrick’s twin sister Megan, a criminal defense lawyer, takes Ismail’s case. Sharing her brother’s sense that there is a mystery to unravel, she begins an investigation that traces Ismail’s journey from Mogadishu to a Kenyan refugee camp to the large Somali immigrant community in Minneapolis.

Meanwhile, Quentin Parker’s mother, Vanessa, is wrestling with her future and her past, struggling to maintain hope in the midst of Quentin’s recovery and haunted by the letters Daniel sent her—one from every port—describing the love they had lost and might yet regain.

As the tension mounts, Ismail is desperate to find a way to save Yasmin’s future. But he must put everything on the line in order to tell the truth about the attack.

In his most ambitious and accomplished novel yet, Corban Addison has created a tale of pressing contemporary relevance, bringing together the compassionate storytelling, international scope and masterful orchestration of plot and suspense that have made his novels must-reads for fiction lovers around the world.

PRAISE FOR A WALK ACROSS THE SUN

“A pulse-revving novel with a serious message.” —O, THE OPRAH MAGAZINE

“A novel that is beautiful in its story and also important in its message. A Walk Across the Sun deserves a wide audience.” —JOHN GRISHAM

“The conclusions [the characters] reach about the importance of forgiveness and the need for cross-cultural understanding could not be more timely. A fast-paced thriller that puts its humanitarian moral at the forefront.” - Kirkus Reviews

“An exquisitely worded, thoughtful novel about the meaning of family, commitment, and love. . . . Definitely a book to be savored.” - RT Book Reviews (4.5 stars)