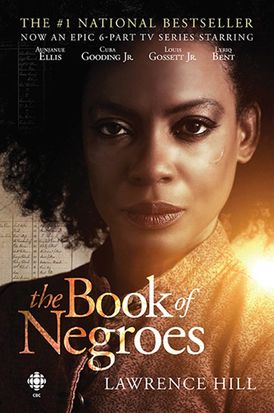 From its first publication in 2007, Lawrence Hill's masterpiece, The Book of Negroes, has touched readers around the world with its unforgettable story. Now a six-part CBC mini-series starring Cuba Gooding Jr., Louis Gossett Jr., and Ben Chaplin, this beloved novel tells the story of Aminata, brilliantly played by Anajanue Ellis.

Abducted as an eleven-year-old from her village in Africa and enslaved in South Carolina, Aminata survives using midwifery skills learned at her mother’s side. When she has the chance to register her name in the “Book of Negroes,” a historic British military ledger, Aminata secures a spot on a ship sailing from Manhattan to Nova Scotia and eventually sails to Sierra Leone in a back-to-Africa odyssey inspired by historical events.

The winner of numerous awards, The Book of Negroes has become a classic novel of hope, love, despair and survival like none other.