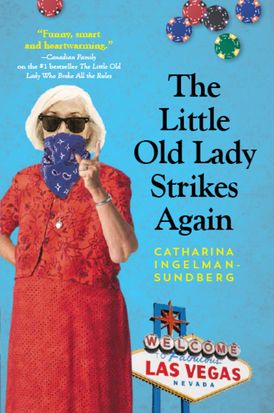 Martha Andersson and the League of Pensioners have left behind their dreary old-age home in Stockholm and are headed for the bright lights of Las Vegas. This is their chance at a new lease on life, and they plan to make the most of it. Before long they are up to their old tricks, plotting to outwit the security system at one of the city’s biggest casinos. However, they aren’t the only ones planning to steal bucketloads of cash, and soon they find themselves pitted against a gang of dangerous criminals.

Can the group of elderly friends work together to outsmart the younger robbers and get away with their biggest heist yet? Or will this job be a step too far for the League of Pensioners?

“Prepare to laugh out loud as the misbehaving and occasionally forgetful Martha and her long-suffering cronies surmount a series of priceless pitfalls and fearsome foes, and make themselves as unforgettable in Vegas as they were in Stockholm.” - Lancashire Evening Post

“This laugh-out-loud international bestseller will have you chuckling one minute and crying the next.” - The Lady (UK)

“.. . ..A hilarious comedy of errors… The Little Old Lady Who Broke All the Rules is the read of the summer and it will make a splendid movie!” - Bookloons.com

“A comedy of errors, oversights and obstacles infuse Catharina Ingelman-Sundberg’s clever U.S. debut, and the hilarious, escalating antics of a spirited cast of walker-dependent characters in their 70s and 80s will have readers of all ages rooting for their cause.” - ShelfAwareness, starred review

“A good-natured, humorous crime caper.” - The Independent on Sunday

“A quirky, offbeat delight and a hear-warming reminder that one is never too old for some mischief.” - Tom Winter, author of Lost & Found

“Instead of hyperbolic, mustache-twirling villains, Ingelman-Sundberg deftly orchestrates the foibles of real life... and captures the rebelliousness percolating just under the surface of ignored, shuffled away elderly folks. A merry, lighthearted caper.” - Kirkus Reviews

“Readers will pull for the unlikely gang in their efforts to commit the ‘ultimate crime’ toward the end of this appealing crime novel.” - Publishers Weekly.com

“Swedish writers may be known for their crime novels, but Ingelman-Sundberg’s caper involves illegal activity of a rather unusual order: The Little Old Lady Who Broke All the Rules is a story about spirited seniors determined have fun and raise some hell.” - Booklist

“The Little Old Lady Who Broke All the Rules is a pleasant piece of comic crime fiction with some very clever plotting. But it is more than that: It is a condemnation of the manner in which our society—and certainly not just in Sweden—treats its older generation.” - New York Journal of Books

“This lighthearted caper is funny and entertaining, but also weaves in a more serious theme about the quality of life in today’s nursing homes. But mostly it’s a romp . . . where ‘old’ people continue to live life to its over-the-top fullest.” - Zoomer magazine 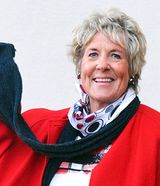 Other Works by Catharina Ingelman-Sundberg 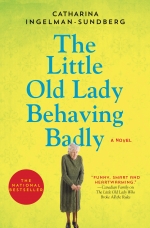 The Little Old Lady Who Broke All the Rules