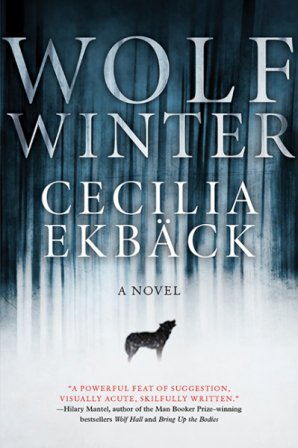 Swedish Lapland, 1717. Maija, her husband and their two daughters arrive from their native Finland, hoping to forget the traumas of the past and put down roots in this harsh but beautiful land. Above them looms Blackasen, a mountain whose dark history haunts the lives of those in its shadow.

While herding the family’s goats on the mountain, Maija’s elder daughter, Frederika, stumbles across the mutilated body of one of their neighbours, Eriksson. The community dismisses the death as a wolf attack, but Maija feels certain it was murder. Compelled to investigate despite her neighbours’ unconcern, Maija is drawn into the history of tragedies and betrayals that have taken place on Blackasen.

Meanwhile, young Frederika is pulled toward the mountain as well, feeling something no one around her seems to notice. The seasons change, and the harshest winter in memory—known as a “wolf winter”—descends upon them. Struggling to survive, the settlers are forced to come together, but Maija, not knowing whom to trust, is still determined to find answers. As the snow gathers, the settlers’ secrets are laid bare. Soon Maija will discover the true cost of survival under the mountain—and what it will take to make it to spring.

“An absorbing and impressive debut . . . best read with a flashlight under a blanket while you’re waiting out a winter storm.” — <em>The Globe and Mail</em>

“Like a silent fall of snow; suddenly, the reader is enveloped . . . visually acute, skilfully written; it won’t easily erase its tracks in the reader’s mind.” — Hilary Mantel, author of <em>Wolf Hall</em> and <em>Bring Up the Bodies</em>

“Wolf Winter repays reading for the beauty of its prose, its strange compelling atmosphere and its tremendous evocation of the stark, dangerous, threatening place, which exists in the far north and in the hearts of all of us.” — <em>The Guardian</em>