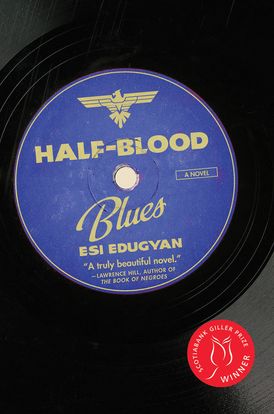 Esi Edugyan’s Half-Blood Blues took the literary world by storm when it was first published, captivating readers and reviewers with its audacity, power, and sheer brilliance. The novel won or was nominated for every literary prize in Canada—and many international ones, too, including the prestigious Man Booker Prize. It was hailed as one of the best books of the year by Oprah, The Globe and Mail, Amazon, The San Francisco Chronicle and The Vancouver Sun, and it was named a New York TimesEditor’s Choice.

ESI EDUGYAN is the author of Half-Blood Blues, Dreaming of Elsewhere and Washington Black, which was shortlisted for the Rogers Writers’ Trust Fiction Prize and the Man Booker Prize and won the 2018 Scotiabank Giller Prize. She lives in Victoria, British Columbia.