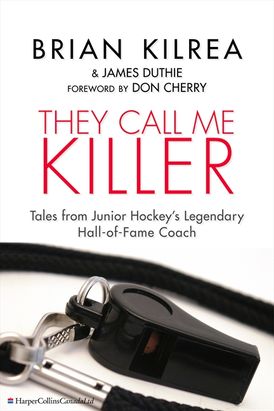 With more wins than any coach in junior hockey history, and a personality as large as his winning record, Brian Kilrea is more than a hockey legend, he's one of the most beloved figures in the game. With veteran sportswriter, James Duthie, Kilrea gives fans a rink-side view of his early days as a player with the Red Wings and what it was like to score the first-ever goal in the history of the L.A. Kings; as well as his role as a coach for the Ottawa 67s and as a mentor to young stars of the future. With stories and comments from famous NHLers who played for Killer, including Bryan Trottier and Dennis Potvin, as well as coaches, trainers, and general managers, readers will get a taste of Kilrea's hardnosed coaching style, as well as the knowledge and dedication that has made him last so long.

With a Foreword by lifelong friend, Don Cherry, They Call Me Killer is a fascinating, real-life look at the world of junior hockey and the man who has meant so much to the sport.