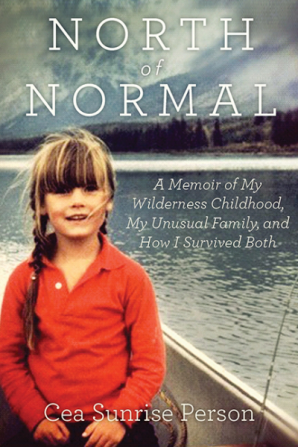 In the late 1960s, riding the crest of the counterculture movement, Cea's family left a comfortable existence in California to live off the land in northern Alberta. But unlike most commune dwellers of the time, the Persons weren't trying to build a new society—they wanted to escape civilization altogether. Led by Cea's grandfather Dick, they lived in a canvas Teepee, grew pot, and hunted and gathered to survive.

Living out her grandparents' dream with her teenage mother, Michelle, young Cea knew little of the world beyond her forest. She spent her summers playing nude in the meadow and her winters snowshoeing behind the grandfather she idolized. Despite fierce storms, food shortages and the occasional drug-and-sex-infused party for visitors, it was a happy existence. For Michelle, however, there was one crucial element missing: a man. When Cea was five, Michelle took her on the road with a new boyfriend. As the trio set upon a series of ill-fated adventures, Cea began to question both her highly unusual world and the hedonistic woman at the centre of it—questions that eventually evolved into an all-consuming search for a more normal life. Finally, in her early teens, Cea realized she would have to make a choice as drastic as the one her grandparents once had made in order to get the life she craved.

From nature child to international model by the age of thirteen, Cea's astonishing saga is one of long-held family secrets and extreme family dysfunction, all in an incredibly unusual setting. It is also the story of one girl's deep-seated desire for normality—a desire that enabled her to risk everything, overcome adversity and achieve her dreams.

“Warmly told with a strong, clear and funny voice, peppered with dramatic action, and full of quirky characters.” - National Post

“Her account of this Alice-in-Wonderland life is rendered with . . . grace, and without self-pity.” - Elle Canada 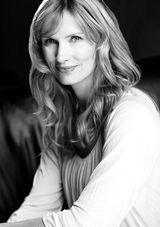 CEA SUNRISE PERSON is the author of the bestselling book North of Normal: A Memoir of My Wilderness Childhood, My Counterculture Family, and How I Survived Both. She has spoken publicly about her unusual life at numerous events, including TEDx, and also teaches memoir writing. She lives in Vancouver with her husband and three children.

Other Works by Cea Sunrise Person