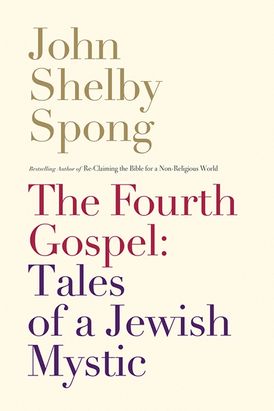 Bestselling and controversial bishop John Shelby Spong reveals the subversive, mystical teachings of the writer of the Gospel of John and how his teachings are more relevant now, in our post-Christian world, than ever before.

John Shelby Spong is the bestselling author of over 20 books such as Jesus for the Non-Religious, Christianity Must Change or Die, and Eternal Life: A New Vision, where he explores commonly held Christian beliefs and shows us how we can understand them in new ways.

In his next book, Spong turns his attention to the Gospel of John, the fourth Gospel in the Bible. Contrary to what is most often believed, the book of John is written against the background of a three year Jewish liturgical lectionary of the first century synagogue and written by a Jewish mystic who did not think of God as an external being who invaded the world in Jesus. Because of this, the fourth Gospel develops a very different and relatively modern Christology about heightened consciousness, inner being, and an immanent sense of God.

The Fourth Gospel will be a fresh way to read the Gospel of John and a unique primer about how to be a Christian in the post-Christian twenty-first century. 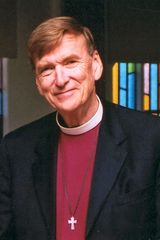 John Shelby Spong, the Episcopal Bishop of Newark before his retirement in 2000, has been a visiting lecturer at Harvard and at more than 500 other universities all over the world. His books, which have sold well over a million copies, include Biblical Literalism: A Gentile Heresy; The Fourth Gospel: Tales of a Jewish Mystic; Re-Claiming the Bible for a Non-Religious World; Eternal Life: A New Vision; Jesus for the Non-Religious, The Sins of Scripture, Resurrection: Myth or Reality?; Why Christianity Must Change or Die; and his autobiography, Here I Stand. He writes a weekly column on the web that reaches thousands of people all over the world. To join his online audience, go to www.JohnShelbySpong.com. He lives with his wife, Christine, in New Jersey.

Other Works by John Shelby Spong

The Fourth Gospel: Tales of a Jewish Mystic

Rescuing the Bible from Fundamentalism

Jesus for the Non-Religious