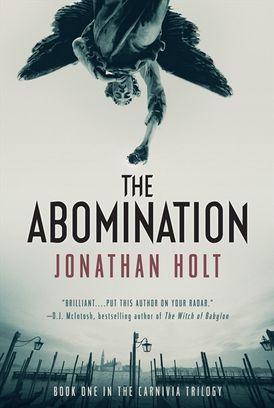 It is midnight on the feast day of La Befana, and Venice is celebrating. But on the steps of Santa Maria, there is a deathly hush. A body has washed up from the Grand Canal: a woman, wearing the robes of a Catholic priest—a desecration known as the Abomination.

This is Captain Katerina Tapo’s first murder case. The trail leads her from the labyrinthine back streets of Venice to an abandoned asylum on the uninhabited island of Poveglia; to carnivia.com, an encrypted gossip website holding the city’s secrets; to an ancient Catholic monastery; and finally to an American military base. Along the way, she makes uneasy allies of Lieutenant Holly Boland, a young U.S. army intelligence officer with unique ties to the country in which she’s been stationed, and Daniele Barbo, a reclusive and brilliant Venetian aristocrat-turnedcomputer- hacker who operates, and fiercely protects, carnivia.com. Then, suddenly, the trail goes cold. Evidence goes missing, and Kat is ordered to close the case.

What follows is the unravelling of a dark and powerful conspiracy with sinister roots in post–Cold War Italy that will test loyalties Kat did not know she had. She understands that old crimes cannot be forgotten, and that left unpunished, corrupt forces will continue to repeat their sins. 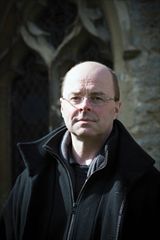 When Jonathan Holt first traveled to Venice, he found it shrouded in thick fog and flooded with high water. This experience inspired him to write the Carnivia Trilogy, a series of thrillers based on Italy’s hidden past. The Abomination and The Absolution, the first two books, have now become international bestsellers published in sixteen countries. The second novel in the trilogy was longlisted for a Crime Writers’ Association Steel Dagger Award.

Other Works by Jonathan Holt