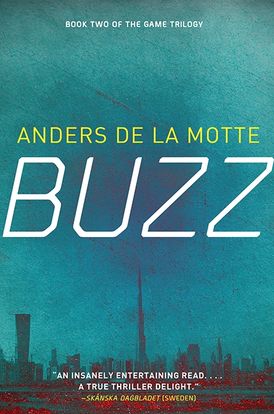 The Game has brought HP Petterson wealth and freedom, but his newly comfortable life is a little . . . unsatisfying. He misses the danger, and the adrenalin rush. When he meets the rich and beautiful Anna Argos in a luxurious Dubai hotel, life instantly gets more interesting. But there is something mysterious lurking beneath Anna’s cool surface. And there’s something unsettling about her cellphone . . .

Rebecca Normén is now heading up an elite bodyguard team and thinks she’s put her personal demons behind her, but everything changes when she learns of a web forum containing threatening posts that obviously refer to her. As the walls close in on HP and Rebecca, old questions catch up with them. What is real? Whom can you trust? And how do you protect yourself from a threat whose existence you cannot prove?