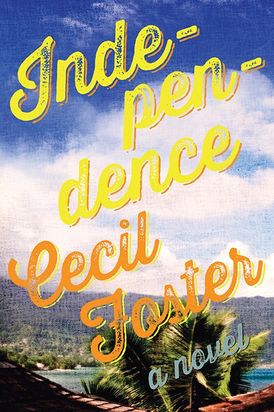 Cecil Foster is a wise man with a flair for storytelling and writing that enters the heart.” —QUILL & QUIRE (STARRED REVIEW)

Independence is the deeply moving story of the coming of age of a country and a boy, at the time of Barbados’ independence from Britain in 1966. Fourteen-year-old Christopher Lucas and Stephanie King have been neighbours and best friends since they were born a few months apart. They have been raised by their impoverished grandmothers after their mothers went “over ’n’ away” to the United States and Canada to find work when the children were toddlers; no one has heard from the mothers since. The grandmothers are growing more and more desperate about their ability to support their charges. When the novel opens, there is a sudden and unexplained rift between Christopher and Stephanie following the return from Canada of a benefactor named Mr. Lashley, who lavishes gifts on Stephanie.

Through a series of triumphs and catastrophes, Christopher and Stephanie determine their places in the world and take control of their lives. Rich with the details of Bajan culture—from food preparation to political and financial affairs, from sexuality to spirituality—Independence is a fascinating window onto a little-known world and a touching portrait of a journey to adulthood and the women who guide it.

Other Works by Cecil Foster