The Way Of The Fight 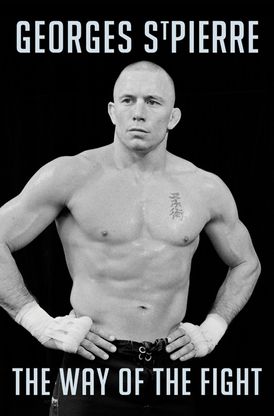 The Way Of The Fight

An intimate, human and philosophical look at the life of the UFC world champion—his journey from years of bullying to the very top of the world of mixed martial arts

As the world’s most popular UFC fighter, Georges “Rush” St-Pierre seems almost impossibly tough and dominant. But long before he was “GSP,” as his millions of fans know him, he was just a kid harassed by bullies. But he was also a kid who, thanks to years of practicing martial arts, invented his own way of life.

He became a black belt in karate at the age of 12. In his later teens, working as a garbage collector to finance his unique and innovative training methods, GSP learned from repeated losses and ultimately found a way to triumph in a highly competitive field.

Along the way, he discovered a simple truth: never stop reaching for your goal.

With startling honesty, GSP relates the true story of growing up in the martial arts and discovering that his passion for learning and constant improvement makes him happy. By way of fighting, he’s discovered how to succeed; by way of injury, how to maintain perspective on that success. This book highlights the lessons that brought him there, the unique system he invented to combine various forms of fighting arts, and the key people who helped make him world champion.

“Georges St-Pierre has the ability to one day write a book about mixed martial artists that matches what Ken Dryden wrote about hockey goalies, or John Wooden wrote about basketball.” - National Post

“To get a close-up peek at the UFC welterweight champion as you’ve never seen him before, pick up a copy of GSP: The Way of the Fight at your local bookseller or grab a digital edition online today.”
- Sherdog.com

Georges "Rush" St-Pierre, also known as "GSP," is a Canadian professional mixed martial artist and world champion who holds black belts in both Kyokushin karate and Brazilian Jiu-Jitsu. Recog-nized as one of the planet's best pound-for-pound MMA fighters and all-around athletes, as well as a three-time Canadian Athlete of the Year, GSP lives in Montreal and travels around the world to work with the best coaches and training partners in all disciplines.

Other Works by Georges St-Pierre