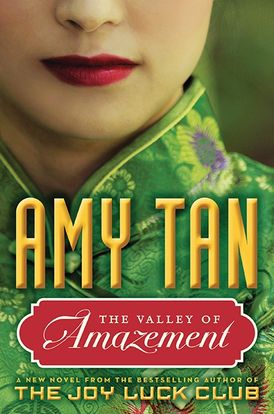 From the lavish parlours of Shanghai courtesans to the fog-shrouded mountains of a remote Chinese village—a sweeping, evocative epic of two women’s intertwined fates and their search for identity

Violet is one of the most celebrated courtesans in Shanghai, a beautiful and intelligent woman who has honed her ability to become any man’s fantasy since her start as a “Virgin Courtesan” at the age of twelve. Half-Chinese and half-American, she moves effortlessly between the east and the west. But her talents belie her private struggle to understand who she really is and her search for a home in the world. Abandoned by her mother, Lucia, and uncertain of her father’s identity, Violet’s quest to truly love and be loved will set her on a path fraught with danger and complexity—and the loss of her own daughter. Lucia, a willful and wild American woman who was once herself the proprietress of Shanghai’s most exclusive courtesan house, nurses her own secret wounds, which she first sustained when, as a teenager, she fell in love with a Chinese painter and followed him from San Francisco to Shanghai. Her search for penance and redemption will bring her to a startling reunion with Flora, Violet’s daughter, and will undo all that Violet believed she knew about her mother.

Spanning fifty years and two continents, The Valley of Amazement sweeps the reader along a deeply moving narrative of family secrets, the legacies of traumas, and the profound connections between mothers and daughters, returning readers to the compelling territory Tan so expertly mapped in The Joy Luck Club. With her characteristic wisdom,grace and humour, Tan conjures up a story of the inheritance of love, its mysteries and senses, its illusions and truths. 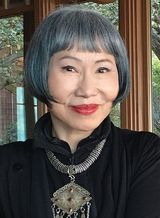 Amy Tan is the author of The Joy Luck Club, The Kitchen God's Wife, The Hundred Secret Senses, The Bonesetter's Daughter, The Opposite of Fate: Memories of a Writing Life, Saving Fish from Drowning, and two children's books, The Moon Lady and The Chinese Siamese Cat, which was adapted into a PBS television series. Tan was also a coproducer and coscreenwriter of the film version of The Joy Luck Club. Her essays and stories have appeared in numerous magazines and anthologies, and her work has been translated into thirty-five languages. She lives with her husband in San Francisco and New York.

Other Works by Amy Tan