A Maid, Her Master And The Trial That Shocked, The 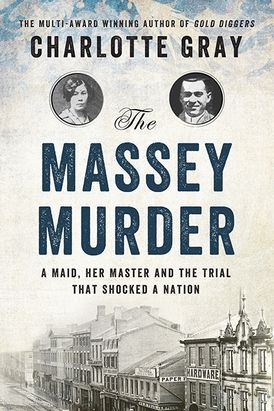 A Maid, Her Master And The Trial That Shocked, The

A Globe & Mail 100 Selection and longlisted for the 2014 RBC Taylor Prize!

In February 1915, a member of one of Canada’s wealthiest families was shot and killed on the front porch of his home in Toronto as he was returning from work. Carrie Davies, an 18-year-old domestic servant, quickly confessed. But who was the victim here? Charles “Bert” Massey, a scion of a famous family, or the frightened, perhaps mentally unstable Carrie, a penniless British immigrant? When the brilliant lawyer Hartley Dewart, QC, took on her case, his grudge against the powerful Masseys would fuel a dramatic trial that pitted the old order against the new, wealth and privilege against virtue and honest hard work. Set against a backdrop of the Great War in Europe and the changing faceof a nation, this sensational crime is brought to vivid life for the first time.

As in her previous bestselling book, Gold Diggers—now in production as a Discovery Television miniseries—multi-award-winning historian and biographer Charlotte Gray has created a captivating narrative rich in detail and brimming with larger-than-life personalities, as she shines alight on a central moment in our past.

“Engaging. . . . Gray’s cast involves meticulously researched historical figures, whose behaviour she depicts with psychological insight. Narrated with a great sense of presence, irony, and verve, this book recreates a vanished world of Canadian jurisprudence and politics, invests it with life, and makes it memorable.” - The Globe and Mail

“An engrossing chronicle of Toronto’s social life at the beginning of the 20th century.” - Toronto Star

In The Massey Murder, Gray shows real kindness and compassion, bringing a sense of humanity to a once-lurid tale from the tabloids.” - Winnipeg Free Press