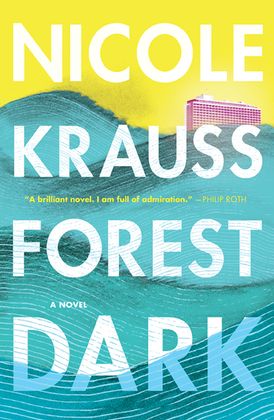 "A brilliant novel. I am full of admiration." —Philip Roth

"One of America’s most important novelists" (New York Times), the award-winning, New York Times bestselling author of The History of Love, conjures an achingly beautiful and breathtakingly original novel about personal transformation that interweaves the stories of two disparate individuals—an older lawyer and a young novelist—whose transcendental search leads them to the same Israeli desert.

Jules Epstein, a man whose drive, avidity, and outsized personality have, for sixty-eight years, been a force to be reckoned with, is undergoing a metamorphosis. In the wake of his parents’ deaths, his divorce from his wife of more than thirty years, and his retirement from the New York legal firm where he was a partner, he’s felt an irresistible need to give away his possessions, alarming his children and perplexing the executor of his estate. With the last of his wealth, he travels to Israel, with a nebulous plan to do something to honor his parents. In Tel Aviv, he is sidetracked by a charismatic American rabbi planning a reunion for the descendants of King David who insists that Epstein is part of that storied dynastic line. He also meets the rabbi’s beautiful daughter who convinces Epstein to become involved in her own project—a film about the life of David being shot in the desert—with life-changing consequences.

But Epstein isn’t the only seeker embarking on a metaphysical journey that dissolves his sense of self, place, and history. Leaving her family in Brooklyn, a young, well-known novelist arrives at the Tel Aviv Hilton where she has stayed every year since birth. Troubled by writer’s block and a failing marriage, she hopes that the hotel can unlock a dimension of reality—and her own perception of life—that has been closed off to her. But when she meets a retired literature professor who proposes a project she can’t turn down, she’s drawn into a mystery that alters her life in ways she could never have imagined.

Bursting with life and humor, Forest Dark is a profound, mesmerizing novel of metamorphosis and self-realization—of looking beyond all that is visible towards the infinite.

“Forest Dark had me from the start . . . . The writing Krauss engages in deliberately straddles the frontiers of resonant fiction and recognizable self. It offers a vast space in which one can lose oneself, but it also supplies some level of closure to bring us back.” - José Teodoro, The Globe and Mail

“A brilliant novel. I am full of admiration.” - Philip Roth

“Entrancing and mysterious . . . Krauss reflects with singing emotion and sagacity on Jewish history; war; the ancient, plundered forests of the Middle East; and the paradoxes of being. A resounding look at the enigmas of the self and the persistence of the past.” - Booklist (starred review)

“Forest Dark finds Krauss at the top of her game. It is blazingly intelligent, elegantly written and a remarkable achievement.” - Emily St. John Mandel, The Guardian

“For all the ambitious scope of spiritual adventure and intellectual rumination, Forest Dark is most affecting in its quiet moments of domestic reflection.” - The Spectator (UK)

“The feelings Epstein and Nicole have about their lives and loves feel hard-earned and true…The resonances between these characters are often profound. Both are searching for their true selves, an ocean away from the old lives that have tested their faith.”                         - The Economist

“Magnificent. . . . A richly layered masterpiece; creative, profound, insightful, deeply serious, effortlessly elegant, both human and humane. Krauss is a poet and a philosopher, and this latest work does what only the very best fiction can do—startles, challenges and enlightens the reader, while showing the familiar world anew.” - Francesca Segal, Financial Times

“Forest Dark shares much in common with Philip Roth’s writing. Philosophical and intellectual, it explores identity, culture and the connections between the individual and history.” - Sunday Express (London)

“Illuminating. . . . [Forest Dark] builds to a powerful emotional crescendo and an ending that feels revelatory. Haunting and reflective, poetic and wise, this is another masterful work from one of America’s best writers.” - BookPage

“Krauss, as ever, writes beautifully about complex themes, and she has a keen eye for the way Israel’s culture, slower but more alert to violence, requires its American characters to reboot their perceptions.” - Kirkus Reviews

“She writes insight and revelation better than just about anyone working today…While Krauss’ genius has long been evident, of her four books this one cuts closest to the bone. The woods may be dark but Krauss’ gorgeous sentences light our way through.” - Rebecca Makkai, O Magazine

Nicole Krauss is the author of the novels Forest Dark, Great House, The History of Love, and Man Walks Into a Room. Her work has appeared in the New Yorker, Harper’s, Esquire, and The Best American Short Stories, and her books have been translated into more than thirty-five languages. She is currently the inaugural writer-in-residence at Columbia University’s Mind, Brain, and Behavior Institute. She lives in Brooklyn, New York.

Other Works by Nicole Krauss

To Be a Man