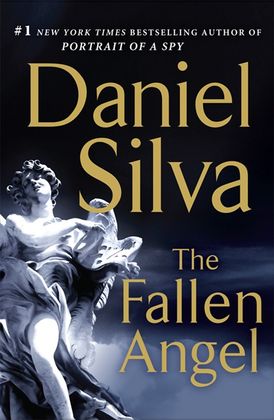 After narrowly surviving his last operation, Gabriel Allon, the wayward son of Israeli intelligence, has taken refuge behind the walls of the Vatican, where he is restoring one of Caravaggio's greatest masterpieces. But early one morning he is summoned to St. Peter's Basilica by Monsignor Luigi Donati, the all-powerful private secretary to His Holiness Pope Paul VII. The body of a beautiful woman lies broken beneath Michelangelo's magnificent dome. The Vatican police suspect suicide, though Gabriel believes otherwise. So, it seems, does Donati. But the monsignor is fearful that a public inquiry might inflict another scandal on the Church, and so he calls upon Gabriel to quietly pursue the truth—with one caveat.

"Rule number one at the Vatican," Donati said. "Don't ask too many questions."

Gabriel learns that the dead woman had uncovered a dangerous secret—a secret that threatens a global criminal enterprise that is looting timeless treasures of antiquity and selling them to the highest bidder. But there is more to this network than just greed. A mysterious operative is plotting an act of sabotage that will plunge the world into a conflict of apocalyptic proportions. . . .

An intoxicating blend of art, intrigue, and history, The Fallen Angel moves swiftly from the cloistered chambers of the Vatican to the glamorous ski slopes of St. Moritz to the graceful avenues of Berlin and Vienna—and, finally, to a shocking climax beneath the world's most sacred and contested parcel of land. Each setting in this extraordinary novel is rendered with the care of an Old Master, as are the spies, lovers, priests, and thieves who inhabit its pages. It is a story of faith and of the destructive power of secrets—and an all too timely reminder that those who cannot remember the past are condemned to repeat it.