How TD Bank Rose to the Top and Took on the U.S.A. 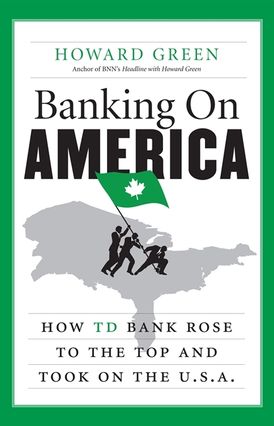 How TD Bank Rose to the Top and Took on the U.S.A.

Since its beginning, when its predecessor, the Bank of Toronto, was founded by a group of flour millers and grain dealers, TD Bank has evolved into one of the most proactive financial institutions on the planet. Today, it is a cross-border colossus. The bank’s expansion into the United States could yet prove to be one of its most successful ventures, with the familiar TD logo and its green background lighting up buildings in Manhattan and other major American cities. The bank is also the largest shareholder of TD Ameritrade, a company that does more daily trades than any other online brokerage in the world, and the bank itself now has over 1,300 branches in the States—more than it has in Canada—even as other institutions continue to close in the face of the financial crisis.

Howard Green, Canada’s best-known interviewer of business notables, brings this Canadian bank to life through the people who have built it into a money-spinning machine that now generates some $19 million a day in profit. From the times of former executive Keith Gray, who kept a revolver on his desk in the rural Ontario branches of the 1950s, to today’s CEO, Ed Clark, who oversees 85,000 employees, 22 million customers and more than three-quarters of a trillion dollars in assets, this iconic Canadian company has outshone its American counterparts and is now taking over their world.