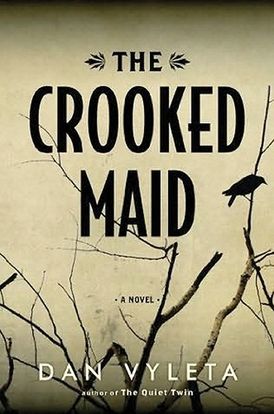 From the writer praised as a cross between Hitchcock and Dostoyevsky, a dark and suspenseful novel set in post-war Vienna among the spectators in a criminal trial

Mid-summer, 1948. Two strangers, Anna Beer and young Robert Seidel, meet on a train as they return to Vienna, where life is just resuming after the upheavals of war. Men who were conscripted into the German army are filtering back home, including Anna’s estranged husband, Dr. Anton Beer, who was held prisoner in a brutal Russian camp. But when Anna returns to their old apartment, she finds another man living there and her husband missing.

At his own house, Robert is greeted by a young maid with a deformed spine. The household is in disarray, with his mother addicted to narcotics and his stepfather, an industrialist and former Party member, hospitalized after a mysterious attack.

Determined to rebuild their lives, Anna and Robert each begin a dogged search for answers in a world where repression is the order of the day. Before long, they are reunited as spectators at a criminal trial set to deliver judgment on Austria’s Nazi crimes.

In The Crooked Maid, Dan Vyleta conjures up a city haunted by its sins and a people caught between the needs of the present and debts owed to the past.