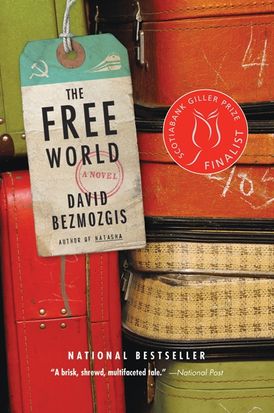 Shortlisted for the 2011 Scotiabank Giller Prize

It is August 1978. Brezhnev sits like a stone in the Kremlin and nuclear missiles stand primed in the Siberian silos. The Iron Curtain divides East from West as three generations of the Krasnansky family leave the Soviet Union to get their first taste of freedom. Choosing Canada rather than Israel as their destination, the Krasnanskys find themselves on an enforced holiday in Italy with thousands of other Russian Jewish immigrants all facing an uncertain future. Together the irresistible and quarrelsome Krasnanskys will spend six months in Rome, where they will immerse themselves in the carnival of emigration, in an Italy rife with love affairs and ruthless hustles, with the promise and peril of a new life.

Writing in precise, musical prose, David Bezmozgis has created an intimate portrait of a tumultuous era, confirming his reputation as one of our most mature and accomplished storytellers.