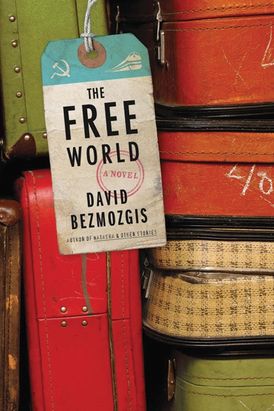 Shortlisted for the 2011 Scotiabank Giller Prize

Summer, 1978. Brezhnev sits like a stone in the Kremlin,Israel and Egypt are inching toward peace, and in the bustling,polyglot streets of Rome, strange new creatures have appeared:thousands of Soviet Jews who have escaped to freedom through a crack in the Iron Curtain. Among the thousands who have landed in Italy to secure visas for new lives in the West are the members of the Krasnansky family -- three generations of Russian Jews.

There is Samuil, an old communist and Red Army veteran,who reluctantly leaves the country to which he has dedicatedhimself body and soul; Karl, his eldest son, a man eager to embrace the opportunities emigration affords; his younger son,Alec, a carefree playboy for whom life has always been a game;and Polina, Alec’s new wife, who has risked the most by breaking with her old family to join this new one. Together, they will spend six months in Rome -- their way station and purgatory. They will immerse themselves in the carnival of emigration, an Italy rife with love affairs and ruthless hustles, with dislocation and nostalgia, with the promise and peril of a better life. In the unforgettable Krasnansky family, Bezmozgis has created an intimate portrait of a tumultuous era.

Written in precise, musical prose, The Free World is a stunning debut novel, a heartfelt multigenerational saga of great historical scope and even greater human depth. Enlarging on the themes of aspiration and exile that infused his first collection, Natasha and Other Stories, The Free World establishes Bezmozgis as one of our most mature and accomplished storytellers.