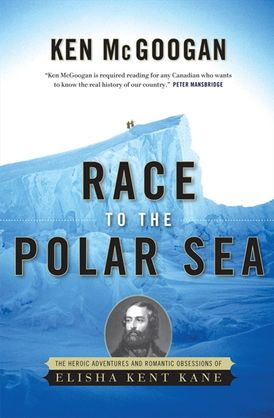 Elisha Kent Kane, scion of a wealthy and influential Philadelphia family, became a legend of 19th-century America. Before he was 30, he had descended into a volcano in the Philippines, infiltrated a company of slave traders in West Africa and narrowly survived hand-to-hand combat in the Sierra Madre while carrying a secret message from the president of the United States.

Yet Kane would achieve his greatest fame by exploring the High Arctic, an adventure that began when he sailed in search of the lost expedition of Sir John Franklin and the open water of an alleged “polar sea” around the North Pole. In the mid-1850s, Kane pushed farther north than any other voyager, then spent two years trapped in the ice before leading a desperate but heroic retreat that only added to his legend. Kane also enjoyed a secret love affair with a young Canadian-born spiritualist named Maggie Fox, a celebrated “spirit rapper” deemed unsuitable by his family. How this relationship combined with Kane’s tragic early death to deny him his rightful place in history is one of the most dramatic aspects of the book.

Race to the Polar Sea tells the story of a romantic adventurer driven by dreams of glory. It is a tale of heroism, courage and conspiracy that evokes an age when the Arctic seemed a white, booming emptiness, beautiful and unknowable.