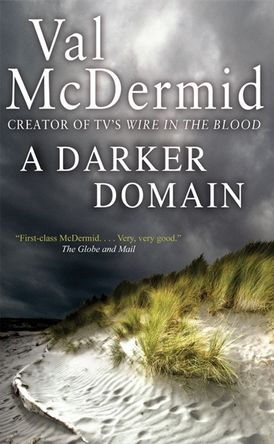 In Britain circa 1984, the news is dominated by the national miners’ strike. The region of Fife in Scotland is hard hit by the strike, devastated economically and shaken by clashes between miners and police. Against this violent and bitter backdrop, heiress Catriona Maclennan Grant and her baby son are kidnapped. The ransom should have gone smoothly, but instead the payoff goes horribly wrong, and Catriona and her son disappear without a trace.

Twenty-four years later, dramatic new evidence discovered by a jogger in Tuscany prompts police to reopen the cold case. Detective Sergeant Karen Pirie leads the investigation. It won’t be the only cold case to end up on her desk. A young woman soon walks into the station to report a missing person, Mick Prentice, who abandoned his family in Fife in 1984 to join the strike-breakers down south. Labelled a blackleg scab, he might as well be dead as far as his friends and relatives are concerned.

Past and present intertwine as McDermid, author of the bestselling Tony Hill and Carol Jordan mysteries, weaves a dark novel of psychological suspense.

Val McDermid is the author of twenty-five bestselling novels, which have been translated into thirty languages, and have sold over ten million copies. She has won many awards internationally, including the CWA Gold Dagger for best crime novel of the year. She was inducted into the ITV3 Crime Thriller Awards Hall of Fame in 2009 and was the recipient of the CWA Diamond Dagger in 2010, awarded for sustained excellence and significant contribution to crime fiction. She has a son and a dog, and lives in the north of England.

Other Works by Val McDermid

Trick Of The Dark