The Murder Case That Propelled Him to the Presidency 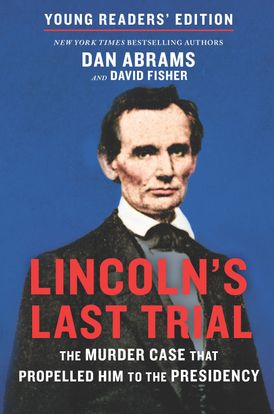 The Murder Case That Propelled Him to the Presidency

The Young Readers’ Edition of the New York Times Bestseller!

“Abraham Lincoln: the dusty shoes, the weary eyes, the Jedi mastery of a jury in a true case of life and death. So pull up a chair….”—Diane Sawyer

At the end of the summer of 1859, twenty-two-year-old Peachy Quinn Harrison was accused of murder in Springfield, Illinois. The man hired to save his life was none other than self-taught lawyer Abraham Lincoln. But what would be Lincoln’s last case before his presidency posed many personal challenges. The murder victim had been an apprentice in Lincoln’s law office. The accused murderer was the son of a close friend and loyal supporter. To win the trial, Lincoln would have to form an unholy allegiance with a longtime enemy, a revivalist preacher he had twice run against for political office. And with the rise of newspapers, the nation was watching the presidential hopeful very, very closely.

Based on actual court transcripts that include Lincoln’s own words and adapted from Dan Abrams and David Fisher’s New York Times bestseller, Lincoln’s Last Trial is both a twisty, turny true crime story and a vivid picture of Abraham Lincoln on the eve of his presidency. This thrilling, never-before-seen look at one of the most beloved figures in US history will captivate both young readers and adults alike.