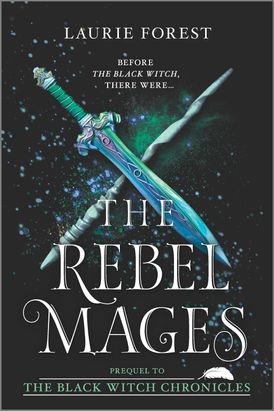 Journey to the world of Erthia in these two exciting prequel novels to The Black Witch by critically acclaimed author Laurie Forest.

Twenty years before Elloren Gardner enrolled at Verpax University, the Realm War was tearing apart Erthia. When Tessla Harrow is driven from her home by the fighting, she discovers a depth of power she never knew she had…and an irresistible draw toward Vale Gardner, the son of the most powerful mage her people have ever known—the Black Witch.

Before Elloren came to possess the Wand of Myth, the Wand was drawn to Sagellyn Gaffney. Sage’s rare magical ability makes her the perfect protector for the one tool that can combat the evil forces in Erthia. But in order to keep the Wand safe, Sage must abandon everything she once knew and take a path that could lead to triumph…or utter ruin.

"This briskly paced, tightly plotted novel enacts the transformative power of education, creating engaging characters set in a rich alternative universe with a complicated history that can help us better understand our own. A massive page-turner that leaves readers longing for more." -Kirkus Reviews, starred review on The Black Witch

"Fans of Harry Potter and Tamora Pierce will gobble down the 600-plus pages and demand the sequel."
-Booklist, starred review on The Black Witch

"...fans will be delighted and begging for the next title-and the cliff-hanger ending promises us there will be one." – Booklist on The Iron Flower -

Laurie Forest lives deep in the backwoods of Vermont, where she sits in front of a wood stove drinking strong tea and dreaming up tales full of dryads, dragons and wands. She is the author of The Black Witch Chronicles, including The Black Witch, The Iron Flower, The Shadow Wand and the prequel e-novellas Wandfasted and Light Mage, which are also available in print as The Rebel Mages anthology. Enter her realm online at www.laurieannforest.com.