A Novel of Romantic Suspense 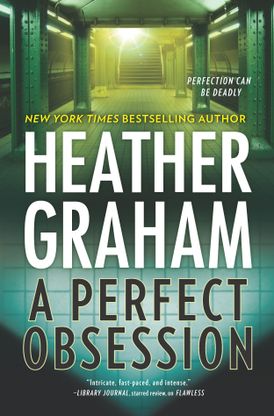 A Novel of Romantic Suspense

Someone is murdering beautiful young women in the New York area and displaying them in mausoleums and underground tombs. The FBI is handling the case, with Special Agent Craig Frasier as lead.

Kieran Finnegan, forensic psychologist and part owner of Finnegan's, her family's pub, is consulting on the case. Craig and Kieran are a couple who've worked together on more than one occasion. On this occasion, though, Craig fears for the safety of the woman he loves. Because the killer is too close. The body of a young model is found in a catacomb under a two-hundred-year-old church, now deconsecrated and turned into a nightclub. A church directly behind Finnegan's in lower Manhattan.

As more women are murdered, their bodies discovered in underground locations in New York, it's clear that the police and the FBI are dealing with a serial killer. Craig and Kieran are desperate to track down the murderer, a man obsessed with female perfection. Obsessed enough to want to "preserve" that beauty by destroying the women who embody it

"Intricate, fast-paced, and intense, this riveting thriller blends romance and suspense in perfect combination and keeps readers guessing and the tension taut until the very end."–Library Journal on FLAWLESS

"Graham is a master at world building and her latest is a thrilling, dark, and deadly tale of romantic suspense." –Booklist, starred review, on Haunted Destiny

"Graham is the queen of romantic suspense, and her latest is proof that she deserves the title. What makes this story more fun than most is the relationship between Kieran Finnegan, who wants nothing more than family harmony and a functioning restaurant, and FBI agent Craig Fraiser, who wants justice. Sparks fly, and it's electric." –RT Book Reviews on Flawless

"Graham stands at the top of the romantic suspense category." -Publishers Weekly

"Graham excels at weaving history, finding the proper balance between past and present and keeping a story fresh and authentic, with Haunted Destiny being no exception. The chaos and camaraderie of the characters are captured with vivid detail, and the identity of the killer will keep you guessing until the very end." –RT Book Reviews

"Murder, intrigue...a fast-paced read. You may never know in advance what harrowing situations Graham will place her characters in, but...rest assured that the end result will be satisfying." -Suspense Magazine on Let the Dead Sleep