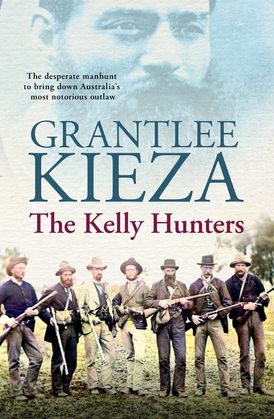 The desperate manhunt to bring down Australia's most notorious outlaw

When Ned Kelly and his band of young tearaways ambushed and killed three brave policemen in a remote mountain camp in 1878, they sparked the biggest and most expensive manhunt Australia had seen. The desperate search would end when Kelly and his gang, wearing suits of armour, tried to derail a train before waging their final bloody gun battle with police in the small Victorian town of Glenrowan.

In the 20 months between those shootouts and aided by a network of informers, hundreds of lawmen, soldiers, undercover agents and a team of Aboriginal trackers combed rugged mountains in freezing conditions in search of the outlaws. The police officers were brave, poorly paid and often ailing, some nearing retirement and others young with small children, but they risked death and illness in the hope of finding the men who had killed their comrades.

The hunt for the Kelly gang became a fierce battle of egos between senior police as they prepared for the final shootout with Australia's most infamous bushrangers, a gun battle that etched Ned Kelly's physical toughness and defiance of authority into Australian folklore. By the author of the critically acclaimed Mrs Kelly, as well as other bestsellers such as Banks, Monash and Banjo, The Kelly Hunters is a fascinating and compelling account of the other side of the legendary Kelly story.

'Engagingly written ... one of the most nuanced portraits to date' - The Australian

'A staggering accomplishment that can't be missed by history buffs and story lovers alike' - Betterreading.com.au

'A free-flowing biography of a great Australian figure' - John Howard

'The author writes with the immediacy of a fine documentary ... an easy, informative read, bringing historic personalities to life' - Ballarat Courier

Award-winning journalist Grantlee Kieza OAM held senior editorial positions at The Daily Telegraph, The Sunday Telegraph and The Courier-Mail for many years and was awarded the Medal of the Order of Australia for his writing. He is a Walkley Award finalist and the author of nineteen acclaimed books, including bestsellers The Kelly Hunters, Lawson, Banks, Macquarie, Banjo, Mrs Kelly, Monash, Sons of the Southern Cross and Bert Hinkler.