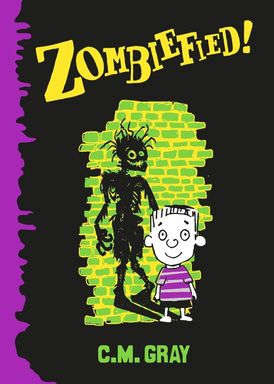 In the tradition of RL Stine's Goosebumps series, comes this hilariously spooky and spookily hilarious new series Ages 8-12 'Nom! Nom! Nom!' Benjamin Roy lives for the undead. He plays zombie video games. He watches zombie movies. He even keeps a zombie comic handy for those emergencies when he's forced to read a book. Ben's pretty sure he'll never get enough of the undead ... Until the day he stumbles across a secret doorway at school. It leads to an underground chamber where strange creatures lurk. They're not alive. But they're not quite dead, either ... Will Ben escape? Or will he finally get too close to the undead to stay alive? Ages 8-12

Carmen Gray graduated from Edith Cowan University (WAAPA) in 1996 and has worked in the design and visual art industry ever since. For the last ten years, she has been teaching art at CQ TAFE & CQ University. She is the author of the Zombiefied! series.

Other Works by C.M. Gray

The Mask Of Destiny

The Drowning of Arthur Braxton