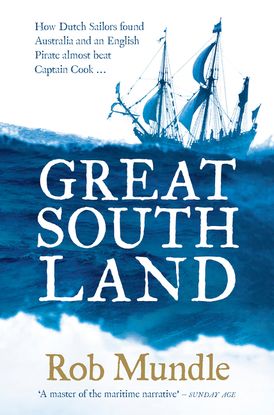 Australia's bestselling maritime historian explores the story of how the Dutch discovered Australia. For many, the colonial story of Australia starts with Captain Cook's discovery of the east coast in 1770, but it was some 164 years before his historic voyage that European mariners began their romance with the immensity of the Australian continent. Between 1606 and 1688, while the British had their hands full with the Gunpowder Plot and the English Civil War, it was highly skilled Dutch seafarers who, by design, chance or shipwreck, discovered and mapped the majority of the vast, unknown waters and land masses in the Indian and Southern Oceans. This is the setting that sees Rob Mundle back on the water with another sweeping and powerful account of Australian maritime history. It is the story of 17th-century European mariners - sailors, adventurers and explorers - who became transfixed by the idea of the existence of a Great South Land: 'Terra Australis Incognita'. Rob takes you aboard the tiny ship, Duyfken, in 1606 when Dutch navigator and explorer, Willem Janszoon, and his 20-man crew became the first Europeans to discover Australia on the coast of the Gulf of Carpentaria. In the decades that followed, more Dutch mariners, like Hartog, Tasman, and Janszoon (for a second time), discovered and mapped the majority of the coast of what would become Australia. Yet, incredibly, the Dutch made no effort to lay claim to it, or establish any settlements. This process began with British explorer and former pirate William Dampier on the west coast in 1688, and by the time Captain Cook arrived in 1770, all that was to be done was chart the east coast and claim what the Dutch had discovered. 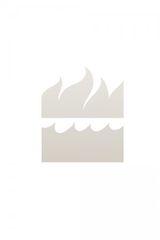 ROB MUNDLE OAM is a journalist, broadcaster and bestselling author who grew up on Sydney's northside, initially in Cremorne, then on the northern beaches. His sailing career started as a four-year-old in a tiny sandpit sailboat he shared with his younger brothers, Dennis and Bruce, and the family cat.
A veteran media commentator and competitive sailor, widely regarded as Australia's 'voice of sailing', Rob was awarded an Order of Australia Medal for in recognition of his services to sailing and journalism, in 2013.
Rob is the author of 18 books including his maritime history bestsellers - Bligh, Flinders, Cook, The First Fleet, Great South Land and Under Full Sail. His book on the tragic 54th Sydney Hobart Yacht Race, Fatal Storm, became an international bestseller and was published in six languages.
A competitive sailor since the age of 11, Rob has reported on seven America's Cup matches (including the live international television coverage of Australia's historic victory in 1983), four Olympics and numerous other major events, including the Sydney-Hobart classic for 50 years. He has competed in the Sydney-Hobart on three occasions and won local, state and Australian sailing championships, as well as contested many major international offshore events. Beyond his media and racing activities he was responsible for the introduction of the international Laser and J/24 sailboat classes to Australia
Currently, the media manager for the supermaxi Sydney-Hobart racer, Wild Oats XI, Rob is also on the organising committee of Hamilton Island Race Week, Australia's largest keelboat regatta, and a Director of the Australian National Maritime Museum's Maritime Foundation. Rob was a founder of the Hayman Island Big Boat Series and a past Commodore of Southport Yacht Club on the Gold Coast. He is also the only Australian member of the America's Cup Hall of Fame Selection Committee.
Rob's on-going love of the sea and sailing sees him living at Main Beach on the edge of the Gold Coast Broadwater.

Other Works by Rob Mundle

Dampier, the Dutch and the Great South Land