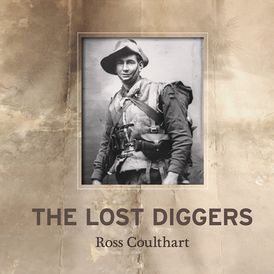 'It's a treasure trove. It's previously unknown, candid images of our troops just out of the line. Men with the fear and experiences of battle written on their faces.' General Peter Cosgrove

An award-winning treasure for fans of Australian World War I history. Ross Coulthart brings together never-before-seen images of Western Front diggers and the amazing stories behind them in a beautiful collection that's part thriller, part family history and part national archive. the Lost Diggers is the riveting detective story of the hunt across northern France to Vignacourt for a rumoured trove of antique glass photographic plates that led investigative journalist Ross Coulthart to an ancient metal chest in a dusty attic in a small farmhouse. The nearly 4000 glass plates taken by Louis and Antoinette thuillier that he and his team discovered are being hailed by experts as one of the most important First World War discoveries ever made. But that was just the beginning. With meticulous research and the help of descendants, Coulthart has been able to discover the stories behind many of the photos, of which more than 330 appear in the book. The book's release coincided with an exhibition of the photos at the Australian War Memorial in Canberra.

'These stunning black and white photographs stand as mute, yet eloquent, witness to the courage of soldiers and the horror of war ... Remarkably informative, beautifully illustrated and thoroughly researched ... ' - Ross Fitzgerald, Sydney Morning Herald