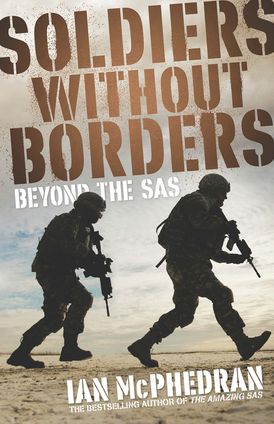 Brothers-in-arms - SAS bonds can never be broken 'Jones knew the score with "deniable" operations that were sanctioned secretly at the highest levels. If they turned to custard and the cover was blown, the powers-that-be would simply deny everything and disown all involved, from the military down to the spooks and, at the bottom of the food chain, Hired guns like him.' What happens to the elite, close-knit soldiers of Australia's Special Air Service (SAS) Regiment after they leave the Who Dares Wins world of special forces? For some, there are highly paid jobs in the world's war zones and trouble spots protecting global corporations from terrorism, sabotage and violence. Others become powerful government advisers, many join foreign armies to train their special forces and expand the global botherhood. Most risky of all is the shadowy world of deniable 'black ops'. Guarding a deadly secret military cargo - a new missle system brokered through a spook under the guise of a Middle Eastern arms dealer - is all in a day's work. these are the risky yet vital jobs that governments will never admit. From Iraq and Afghanistan to Africa and Asia, award-winning defence writer Ian McPhedran uncovers a virtually unknown network and tells how Australia's top soldiers are forever linked in a seemingly borderless world.

Ian McPhedran is the award-winning bestselling author of  six books. Until 2016, he was the national defence writer for News Corp Australia and during his extensive career as a journalist he covered conflicts in Burma, Somalia, Cambodia, Papua New Guinea, Indonesia, East Timor, Afghanistan and Iraq. In 1993, he won a United Nations Association peace media award and in 1999 the Walkley award for best news report for his expose of the navy's Collins class submarine fiasco. McPhedran is the author of several bestselling books including The Amazing SAS and Too Bold to Die. His most recent book is The Smack Track (2017). He lives in Balmain with his journalist wife Verona Burgess.

Other Works by Ian McPhedran