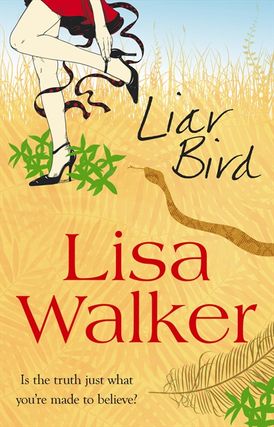 A classic fish-out-of-water romantic comedy -- can a city-slicker fall for a wildlife ranger? Can a city bird change her feathers? PR whizz Cassandra Daley isn't afraid of using all the dirty tricks of the trade to spin a story her way. A glitzy city-slicker, she has never given much thought to wildlife until she loses a PR war with a potoroo. Sacked and disgraced, she flees the city for an anonymous bolt hole. But small-town Beechville has other plans for her. Feral pigs, a snake in the dunny, a philosopher frog and a town with a secret - could things get worse? Add one man who has the sexiest way with maps she's ever seen and Cassandra's really in trouble. Her best friend Jessica thinks she's been brainwashed by some kind of rural cult, and Jessica could be right. Can Cassandra reinvent herself or will she always be a liar bird?

Lisa Walker lives on the far north coast of NSW where she is completing a PhD in creative writing.

Lisa has had a radio play produced for ABC RN and was the winner of the Byron Writers Festival short story award. She was a finalist in the ABC Short Story Award and won second placed in the Henry Savery and Port Stephens Literature Awards.

Other Works by Lisa Walker