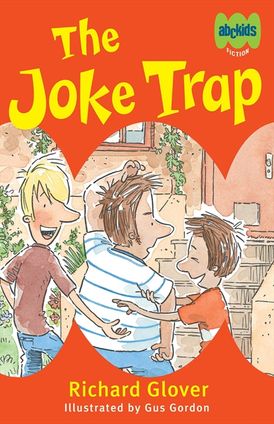 If Jesse has any hope of making friends at his new school he has to do something about his dad, who keeps making the most appalling jokes. And Ben's father's not much better, he's forever belting out the wrong lyrics to his favourite songs. In the Joke trap you'll not only read some of the world's worst Dad Jokes, you'll also see how Jesse and Ben construct their own hilarious revenge.

Richard Glover has written a number of bestselling books, including The Land Before Avocado, Flesh Wounds and The Mud House. He writes regularly for the Sydney Morning Herald and The Washington Post, as well as presenting the comedy program Thank God It's Friday on ABC Local Radio. To find out more, visit www.richardglover.com.au

Other Works by Richard Glover

George Clooney's Haircut and Other Cries for Help

Why Men are Necessary and More News From Nowhere