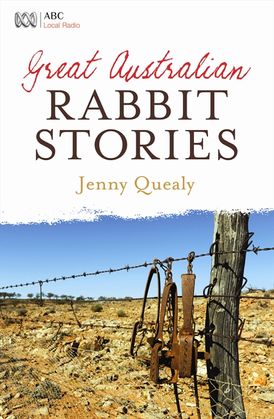 Stories that celebrate the spirit of Australians
'Although these were the years of Depression with unemployment and near-starvation, the rabbit industry gave men like my father an independence and way of earning a living. It was fortunate, too, that Mum was a creative rabbit cook. As one farmer said, "Although the rabbits were a pest, we would'a damned well starved without 'em!"' Melva GrahamIn 1859 twenty-four wild rabbits were released onto a Victorian property. By 1890 rabbits were at plague numbers. And by the 1920s their numbers had reached an estimated ten billion.Great Australian Rabbit Stories is a marvellous collection of true-life tales that give a remarkable insight into life on the land as seen through the eyes of those who have been at the frontline of Australia's relentless battle with the rabbit. Full of heart, humour, sadness and adventure, these stories perfectly capture the Aussie spirit and ingenuity - from childhood recollections of trapping rabbits during the Depression, to the tireless battles fought by farmers against their furry foe and the scientists who search desperately for ways to control exploding rabbit populations. these memories not only bring to life a bygone era, but also highlight the very real challenges people in rural Australia face every day.'the world did change with "myxo". Many people lost income, and millions of dead rabbits created a dreadful stink across the nation. But the earth healed, grass grew and bush creatures thrived. For decades the rabbit was beaten, but I now can smell it once again, growing stronger.' Linette treasure

Compiling Editor Jennifer Quealy runs TBL Creative Partners, a company that assists community organisations to be more effective partners with government and business, though advice, facilitation and help with resource-raising and management services.

Other Works by Jenny Quealy