The Complete History Of The Victoria Cross And New Zealand 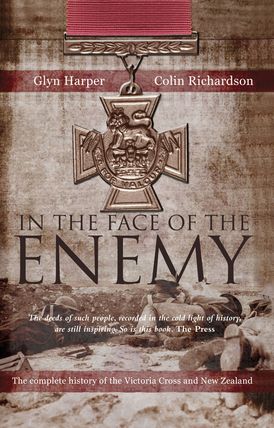 The Complete History Of The Victoria Cross And New Zealand


the highest Commonwealth military decoration for gallantry is the Victoria Cross, and this book examines the history of the award, telling the stories of those New Zealanders (or those with strong New Zealand associations) who have won it. this includes awards made to British soldiers serving in New Zealand during the New Zealand Wars, the Boer War and the First and Second World Wars. (No New Zealander has been awarded a VC since 1943.) Also covered are some of the controversies and political machinations surrounding those whose nominations have been declined, Manahi, Stott, Simpson and Malone. An extraordinary collection of individuals and their courageous exploits is the outstanding result. Informative, exciting and provocative, In the Face of the Enemy is a riveting and valuable addition to our military list, by two highly respected military historians. Each story is powerful and unique, and provides fascinating insight into the battles that forged the Anzac identity.