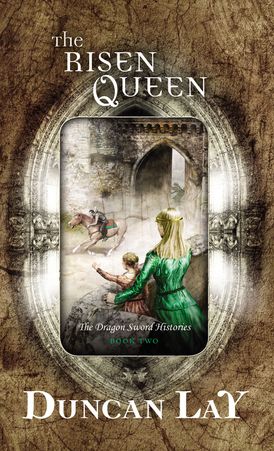 Wonderful action adventure ... the second book in a terrific new series ... Martil and his Rallorans are trying to gain control of the north for Queen Merren but winning the hearts of the people is proving impossible when the bards have painted them as murderous barbarians.King Gello the usurper is planning to lead a massive army to crush the budding rebellion but, even if a way can be found to defeat him, the Fearpriests stand ready to come to his aid ...Karia is trying to persuade Martil that she has all the answers, while Merren is considering desperate solutions to the problems facing her and Norstalos. Perhaps the vilified and despised primitive race of men to the north, that the Norstalines call 'goblins', might be the answer.But on Dragonara Isle, the dragons have their own plans for Martil and particularly for the Dragon Sword ...

'Fast paced and dramatic, Lay writes the kind of battle scenes that I have not seen since the late David Gemmell, and booksellers should definitely be recommending this to his fans.' Bookseller and Publisher'Isn’t it great when an accomplished new fantasy author comes along? Voyager obviously thinks so-this is the second volume of The Dragon Sword Histories, yet the first one, The Wounded Guardian, came out only months ago. Now Martil, flawed hero in charge of the Dragon Sword, must defend his queen against her cousin, Count Gello, pretender to her throne. Martil has made mistakes, the population mistrusts him, and the Dragon Sword doesn’t seem to recognise him. His love for the child Karia, entrusted to his care, is the transforming element for him. Duncan Lay’s adept drawing of relationships is every bit as engrossing as his description of battles and strategies. One detail of the campaign sticks in the memory, when a conscripted, malnourished, disaffected division of Count Gello’s army changes allegiance in mid-battle to side with Martil’s forces. Lay based this on an actual historical defection. It is this need to explore human motivation which makes Lay’s characters convincing. The magic elements of the story are an adjunct to the nature of his characters, rather than an end in themselves. This is an engrossing tale of a credible world. Can’t wait for the third and final volume!' Aurealis Express -

Duncan Lay is the Masthead Chief of THE SUNDAY TELEGRAPH. He has worked for a number of different newspapers and media outlets. He has published the Dragon Sword Histories (WOUNDED GUARDIAN, July 09; RISEN QUEEN, Jan 10; RADIANT CHILD, July 10) and now the Empire of Bones series (BRIDGE OF SWORDS, August 2012). He lives on the Central Coast with his wife and two young children.

Other Works by Duncan Lay