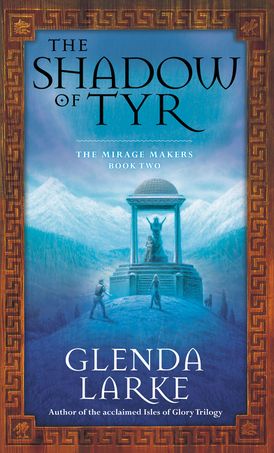 Continuing the exciting trilogy from the author of the acclaimed Isles of Glory series.
While Ligea struggles to start a rebellion against the Exaltarch, her young son, Arrant, struggles with his own inadequacies. He believes himself rejected by his father, and is alienated from his mother because of her relationship with her one-time slave, Brand. At the same time, he is unable to control his own Magor powers predictably Arrant's only companion is his half-brother, tarran, a member of the Mirage Makers, who has little idea of what it is like to be human. this unlikely pair do their best to grow up in a changing, hostile world, but when the Ravage once again threatens the Mirage Makers, tarran disappears. Without his brother, Arrant is vulnerable to the plotting of the Brotherhood and Falmon. He is tricked into placing Brand and his mother in danger. While Demitra and her son have the power to save themselves - and each other - the price they will pay for their lives may be too high.

Glenda Larke was born in Western Australia. She trained as a teacher and taught English in Australia, Vienna, Tunisia and Malaysia. She now combines her passion for writing fantasy with an equal passion for birdwatching and rainforest conservation. Glenda has two children and lives in Kuala Lumpur, Malaysia, with her husband.

Other Works by Glenda Larke

Heart Of The Mirage

Song Of The Shiver Barrens