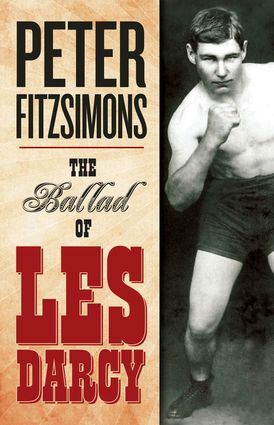 An Australian hero torn between family and country 'Put Les Darcy in a uniform and the men of Australia will march to hell behind him.' that was the message trained on Australia's great 'Blacksmith Boxer', as debate about conscription raged in the middle of World War I. the problem was that Les Darcy didn't want to march at the fore of such a procession, nor to such a destination. He wanted to continue what he had been doing to extraordinary acclaim before the war began - taking on the best boxers the world could throw at him, and lifting his entire family out of poverty as he did so. torn between the duty he felt he owed his family, and the duty many felt he owed his country, Les made his choice ... and faced the consequences. And so unfolds a ballad of love, war, betrayal, mystery, patriotism and heroism; a ballad of a champion whose story still has the power to move the stoniest heart.