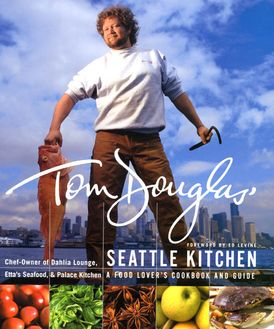 There's a new culinary melting pot. It's called Seattle. Here you'll find everything from Japanese bento box lunches and Thai satays to steaming bowls of Vietnamese soups and all-American blackberry cobblers. No chef embodies this diversity with more flair and more flavor than chef/author/restaurateur Tom Douglas. And no book does it better than Tom Douglas' Seattle Kitchen.

Tom Douglas' style is laid-back sophistication with a dash of humor. You can see it in the names of his chapters, "Starch Stacking," "Slow Dancing," and "Mo' Poke, Dadu" (this last title, courtesy of his daughter, Loretta, means "More Pork, Daddy"). And you can taste it in his signature dishes such as Dungeness Crabcakes with Green Cocktail Sauce, Roast Duck with Huckleberry Sauce and Parsnip-Apple Hash, Udon with Sea Scallops in Miso Broth, and Triple Cream Coconut Pie.

Try his hearty Long-Bone Short Ribs with Chinook Merlot Gravy and Rosemary WhiteBeans or spicy Fire-roasted Oysters with Ginger Threads and Wasabi Butter. Relax in the comfort of the comfort foods he prepares for his own family: Loretta's Buttermilk Pancakes with Wild Blackberries, Basic Barbecued Baby Back Ribs, and Five-Spice Angel Food Cake. They're all clear, simple recipes that'll have you cooking like Tom Douglas from the very first page.

But this is more than a cookbook; it's a food lover's guide to Seattle. Join Tom on a tour of his city with his list of top ten best things to do -- and eat -- in Seattle, from his favorite ethnic markets and neighborhoods to where to get the best breakfast.

Why not turn your kitchen into a Seattle kitchen? All it takes is a little help and inspiration from Tom Douglas. 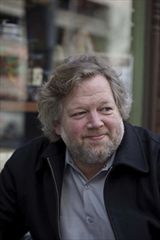 Tom Douglas, winner of the 2012 James Beard Award for Outstanding Restaurateur, is the chef/owner of thirteen of Seattle's most popular restaurants as well as the Dahlia Bakery, home to the much-loved Triple Coconut Cream Pie.

Other Works by Tom Douglas