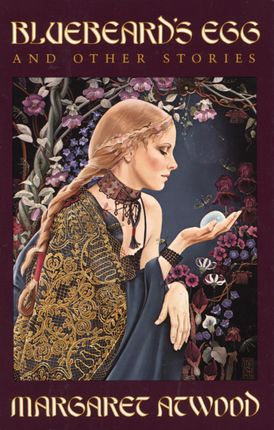 With the publication of the best-selling The Handmaid's Tale in 1986, Margaret Atwood's place in North American letters was reconfirmed. Poet, short story writer, and novelist, she was acclaimed "one of the most intelligent and talented writers to set herself the task of deciphering life in the late twentieth century."*

With Bluebeard's Egg, her second short story collection, Atwood covers a dramatic range of storytelling, her scope encompassing the many moods of her characters, from the desolate to the hilarious.

The stories are set in the 1940s, 1950s, and 1980s and concern themselves with relationships of various sorts. There is the bond between a political activist and his kidnapped cat, a woman and her dead psychiatrist, a potter and the group of poets who live with her and mythologize her, an artist and the strange men she picks up to use as models. There is a man who finds himself surrounded by women who are literally shrinking, and a woman whose life is dominated by a fear of nuclear warfare; there are telling relationships among parents and children.

By turns humorous and warm, stark and frightening, Bluebeard's Egg explores and illuminates both the outer world in which we all live and the inner world that each of us creates. 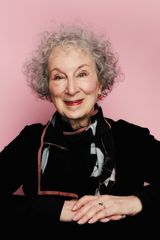 Margaret Atwood, whose work has been published in more than forty-five countries, is the author of more than fifty books of fiction, poetry, critical essays, and graphic novels. In addition to The Handmaid’s Tale, now an award-winning TV series, her novels include Cat’s Eye, short-listed for the 1989 Booker Prize; Alias Grace, which won the Giller Prize in Canada and the Premio Mondello in Italy; The Blind Assassin, winner of the 2000 Booker Prize; The MaddAddam Trilogy; The Heart Goes Last; and Hag-Seed. She is the recipient of numerous awards, including the Peace Prize of the German Book Trade, the Franz Kafka International Literary Prize, the PEN Center USA Lifetime Achievement Award, and the Los Angeles Times Innovator’s Award. In 2019 she was made a member of the Order of the Companions of Honour in Great Britain for services to literature and her novel The Testaments won the Booker Prize and was longlisted for The Giller Prize. She lives in Toronto.

Other Works by Margaret Atwood