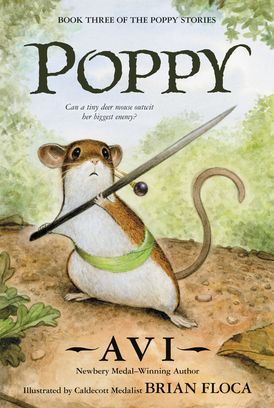 In the third book in the Tales of Dimwood Forest by Newbery Medal-winning author Avi, a tiny deer mouse named Poppy dares to stand up to a tyrannical owl. The story is accompanied by inviting illustrations from Caldecott Medal-winning artist Brian Floca.

“This exciting story is richly visual. The underlying messages, to challenge unjust authority and to rely on logic and belief in oneself, are palatably blended with action and suspense.” — School Library Journal

Poppy knew she was taking a risk following her beloved Ragweed to Bannock Hill, but a night of dancing with the handsome golden mouse was just too tempting. So when Ragweed is scooped up by the sinister owl, Mr. Ocax, who rules over Dimwood forest, she’s devastated. Her whole life she was warned of Mr. Ocax’s evil ways…how could she have been so foolish to put herself and Ragweed at risk?

To make matters worse, when Poppy attempts to move with her family to a different part of the woods where the food supply is richer, Mr. Ocax refuses to let them go. Despite what she’s been led to believe for years, Mr. Ocax is not as strong as he wants the mice to think he is. Armed with the bravery, gumption, and wit of a hero, Poppy embarks on a dangerous quest—joined by the irascible but lovable porcupine, Ereth—to defeat Mr. Ocax and lead her family to a better home.

A perennially popular story of courage and determination, Poppy is a fixture on state award lists and in classrooms across the country.

Avi is the award-winning author of more than eighty-two books for young readers, ranging from animal fantasy to gripping historical fiction, picture books to young adult novels. Crispin: The Cross of Lead won the Newbery Medal, and The True Confessions of Charlotte Doyle and Nothing But the Truth were awarded Newbery Honors. He is also the author of the popular Poppy series. Avi lives in Denver, Colorado. Visit him online at www.avi-writer.com.

Other Works by Avi 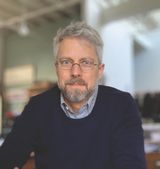 Brian Floca, in addition to being the illustrator of the books in Avi's Poppy Stories series, is the author and illustrator of the acclaimed picture books Locomotive, winner of the Caldecott Medal; Moonshot: The Flight of Apollo 11; Lightship; The Racecar Alphabet; and Five Trucks. You can visit him online at www.brianfloca.com.

Other Works by Brian Floca

Don't You Know There's a War On?

The Mayor of Central Park

The Man Who Was Poe