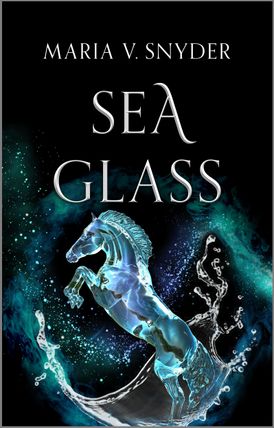 Return to the realms of Sitia and Ixia, where a young glass magician becomes ensnared in a deadly power struggle that may cost her everything…

Opal Cowan, glass magician-in-training, has discovered a terrifying and powerful new ability: she can steal the power of other magicians. And that makes her too dangerous to be set free. Ordered to house arrest by the Council, Opal defies them to search for Ulrick, the man she thinks she loves. But as she travels through the Moon Clan’s lands, she begins to hear disturbing rumors that Ulrick’s desire for blood magic has eclipsed any sense of reason—and perhaps even his passion for her.

Deep in hostile territory, without proof or allies, Opal isn’t sure whom to trust. And everywhere she turns, people want to control her powers for their own deadly gain. Opal must make the choices to secure her own future, even as the path she treads becomes more dangerous than she could have ever imagined.

"Epic in scope, yet rich with minute details of character and setting, the second book in Snyder's Glass series is a delight. " –RT Book Reviews on SEA GLASS

"Filled with Snyder's trademark sarcastic humor, fast-paced action and creepy villainy, Touch of Power is a spellbinding romantic adventure that will leave readers salivating for the next book in the series."-USA TODAY

"The descriptions are vivid and draw you into the rugged journey across the mountains. You'll want to follow their voyage into the next book."-RT Book Reviews on Touch of Power

"This is one of those rare books that will keep readers dreaming long after they've read it."-Publishers Weekly, starred review, on Poison Study

"As the final book in the series Spy Glass does not disappoint" –FantasyBookReview.co.uk -