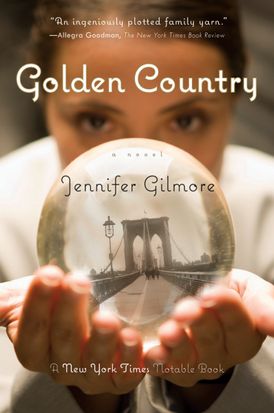 Golden Country vividly brings to life the intertwining stories of three immigrants seeking their fortunes: the handsome and ambitious Seymour, a salesman turned gangster turned Broadway producer; the gentle and pragmatic Joseph, a door-to-door salesman who is driven to invent a cleanser effective enough to wipe away the shame of his brother’s mob connections; and the irresistible Frances Gold, who grows up in Brooklyn, stars in Seymour’s first show, and marries the man who invents television. Their three families, though inextricably connected for years, are brought together for the first time by the engagement of Seymour’s son and Joseph’s daughter. David and Miriam’s marriage must endure the inheritance of not only their parents’ wealth but also the burdens of their pasts.

Spanning the first half of the twentieth century, Golden Country captures the exuberance of the American dream while exposing its underbelly—disillusionment, greed, and the disaffection bred by success.

"The novel's heart beats with the pulse of human intersections and the missed connections of its well-drawn characters."--People 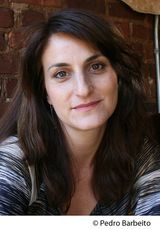 JENNIFER GILMORE's first novel, Golden Country, was a New York Times Notable Book of 2006 and a finalist for the National Jewish Book Award and the Los Angeles Times Book Prize. She is now an author of a few novels, one of which, The Mothers, is being adapted to film.

Other Works by Jennifer Gilmore

We Were Never Here