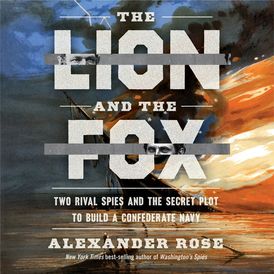 From the New York Times bestselling author of Washington’s Spies, the thrilling story of the Confederate spy who came to Britain to turn the tide of the Civil War—and the Union agent resolved to stop him.

In 1861, soon after the outbreak of the Civil War, two secret agents—one a Confederate, the other his Union rival—were dispatched to neutral Britain, each entrusted with a vital mission.

The South’s James Bulloch, charming and devious, was to acquire a cutting-edge clandestine fleet intended to break President Lincoln’s blockade of Confederate ports, sink Northern merchant vessels, and drown the U.S. Navy’s mightiest ships at sea. The profits from gunrunning and smuggling cotton—Dixie’s notorious “white gold”—would finance the scheme. Opposing him was Thomas Dudley, a resolute Quaker lawyer and abolitionist. He was determined to stop Bulloch by any means necessary in a spy-versus-spy game of move and countermove, gambit and sacrifice, intrigue and betrayal. If Dudley failed, Britain would ally with the South and imperil a Northern victory. The battleground was the Dickensian port of Liverpool, whose dockyards built more ships each year than the rest of the world combined, whose warehouses stored more cotton than anywhere else on earth, and whose merchant princes, said one observer, were “addicted to Southern proclivities, foreign slave trade, and domestic bribery.”

From master of historical espionage Alexander Rose, The Lion and the Fox is the astonishing, untold tale of two implacable foes and their twilight struggle for the highest stakes. 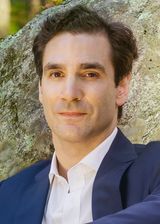 Other Works by Alexander Rose