The Tragedy of Central Europe 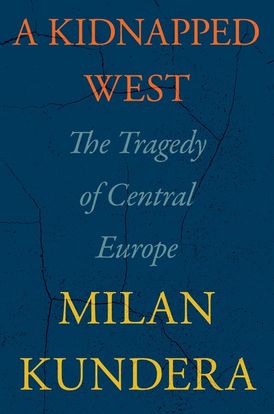 The Tragedy of Central Europe

A short collection of brilliant early essays that offers a fascinating context for the Milan Kundera’s subsequent career and holds a mirror to much recent European history.  It is also remarkably prescient with regard to Russia’s current aggression in Ukraine and its threat to the rest of Europe.

Milan Kundera’s early nonfiction work feels especially resonant in our own time. In these pieces, Kundera pleads the case of the “small nations” of Europe who, by culture, are Western with deep roots in Europe, despite Russia imposing its own Communist political regimes in Hungary, Czechoslovakia, Poland, Ukraine, and elsewhere. Kundera warns that the real tragedy here is not Russia but Europe, whose own identity and culture are directly challenged and threatened in a way that could lead to their destruction. He is sounding the alarm, which chimes loud and clear in our own twenty-first century.

The 1983 essay translated by Edmund White (“The Tragedy of Central Europe”), and the 1967 lecture delivered to the Czech Writers’ Union in the middle of the Prague Spring by the young Milan Kundera (“Literature and the Small Nations”), translated for the first time by Linda Asher, are both written in a voice that is at once personal, vehement, and anguished. Here, Kundera appears already as one of our great European writers and truly our contemporary. Each piece is prefaced by a short presentation by French historian Pierre Nora and Czech-born French political scientist Jacques Rupnik.

The Book of Laughter and Forgetting