Our Man in Tokyo

An American Ambassador and the Countdown to Pearl Harbor 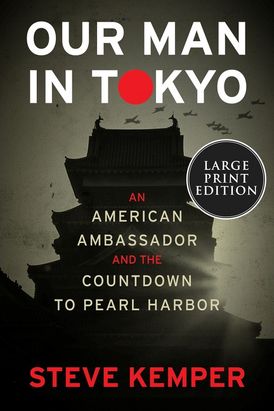 Our Man in Tokyo

An American Ambassador and the Countdown to Pearl Harbor

A gripping, behind-the-scenes account of the personalities and contending forces in Tokyo during the volatile decade that led to World War II, as seen through the eyes of the American ambassador who attempted to stop the slide to war.

In 1932, Japan was in crisis. Naval officers had assassinated the prime minister and conspiracies flourished. The military had a stranglehold on the government. War with Russia loomed, and propaganda campaigns swept the country, urging schoolchildren to give money to procure planes and tanks.

Into this maelstrom stepped Joseph C. Grew, America’s most experienced and talented diplomat. When Grew was appointed ambassador to Japan, not only was the country in turmoil, its relationship with America was rapidly deteriorating. For the next decade, Grew attempted to warn American leaders about the risks of Japan’s raging nationalism and rising militarism, while also trying to stabilize Tokyo’s increasingly erratic and volatile foreign policy. From domestic terrorism by Japanese extremists to the global rise of Hitler and the fateful attack on Pearl Harbor, the events that unfolded during Grew’s tenure proved to be pivotal for Japan, and for the world. His dispatches from the darkening heart of the Japanese empire would prove prescient—for his time, and for our own.

Drawing on Grew’s diary of his time in Tokyo as well as U.S. embassy correspondence, diplomatic dispatches, and firsthand Japanese accounts, Our Man in Tokyo brings to life a man who risked everything to avert another world war, the country where he staked it all—and the abyss that swallowed it.

“As the US ambassador to Putin’s Russia in the run-up to their first invasion of Ukraine, I found Our Man in Tokyo eerily familiar. Kemper’s book is the essential history of an ambassador’s efforts to preserve peace prior to World War II—a must-read if we’re to learn from history and avoid repeating it.” — Michael McFaul, former US ambassador to Russia and New York Times bestselling author of From Cold War to Hot Peace

“Richly detailed narrative . . . . compelling . . . . A fine account of an American diplomat who did his best to contain Japanese ambitions in the run-up to World War II.” — Kirkus Reviews

"An enthralling, meticulous account of the events leading up to Pearl Harbor. Ambassador Joseph Grew, my grandfather, dedicated ten years to searching for diplomatic solutions in Japan. Steve Kemper’s book honors this extraordinary man, with intriguing parallels to current events at home and abroad. It moved me deeply." — Lilla Lyon, granddaughter of Ambassador Joseph Grew

“There’s almost too much for one book, let alone one life . . . Mr. Kemper’s narrative is rich, detailed, and pitch-perfect, with the witty and wonderful skipping off every page.” — Wall Street Journal on A Splendid Savage

“Burnham lived a life of astonishing adventure . . . In Kemper’s sure and enthusiastic hands, Burnham storms through the pages of this rousing volume, outwitting determined foes and collecting mining and ranching interests on two continents that never seemed to pay off as expected...Thrilling adventures presented with the flair they deserve.” — Kirkus Reviews on A Splendid Savage

“Admirably resurrects the larger-than-life figure of Frederick Russell Burnham (1861–1947) in an account chockfull of adventures that feel ripped from dime-store novels.” — Publishers Weekly on A Splendid Savage

“Steve Kemper’s elegant, richly rewarding biography should go a long way toward correcting [Barth’s obscurity]. On one level, the book is a superb chronicle of Barth’s travels, from the harrowing heat and physical danger to the dazzling diversity of people he encountered on his path. It’s also an astute character study of a relentlessly curious scientific personality.”
— Boston Globe on A Labyrinth of Kingdoms

“[A] life was so full of derring-do and fearless exploits that, lacking historical record, one would assume him to be myth.” — Outside, on A Splendid Savage

“A splendid book about an amazing life. If this work were not history, it might seem an overly ambitious adventure novel whose hero deserved a multi-volume series.” — History Book Club, on A Splendid Savage

“Monumental . . . every chapter of which could inspire a thrilling novel on its own.” — Historical Novel Society, on A Splendid Savage

“A spirited reconstruction of the arduous five-year trek into Central Africa by Heinrich Barth (1821–1865), a German scientist exploring for England . . . A nicely rounded literary study of an intrepid explorer undone by the cultural biases of the time.” — Kirkus Reviews, on A Labyrinth of Kingdoms

“[Barth] approached his expedition with an open mind and a willingness to engage with those around him regardless of their social status. Barth’s insights into the commonalities that exist among different cultures remain relevant today.”
— Booklist, on A Labyrinth of Kingdoms 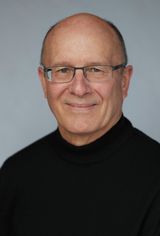 Other Works by Steve Kemper