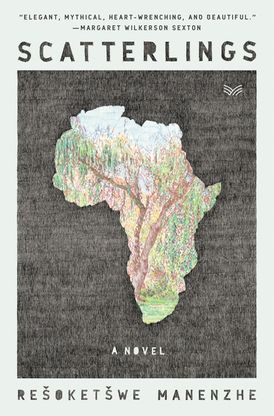 A lyrical, moving novel in the spirit of Transcendent Kingdom and A Burning—and the most awarded debut title in South Africa—that tells the story of a multiracial family when the Immorality Act is passed, revealing the story of one family's scattered souls in the wake of history.

Abram and his wife Alisa have their share of marital problems, but they also have a comfortable life in South Africa with their two young girls. But then the Act is passed. Alisa is black, and their two children are now evidence of their involvement in a union that has been criminalized by the state.

At first, Alisa and Abram question how they'll be affected by the Act, but then officials start asking questions at the girls' school, and their estate is catalogued for potential disbursement. Abram is at a loss as to how to protect his young family from the grinding machinery of the law, whose worst discriminations have until now been kept at bay by the family's economic privilege. And with this, his hesitation, the couple's bond is tattered.

Alisa, who is Jamaican and the descendant of slaves, was adopted by a wealthy white British couple, who raised her as their child. But as she grew older and realized that the prejudices of British society made no allowance for her, she journeyed to South Africa where she met Abram. In the aftermath of the Immorality Act, she comes to a heartbreaking conclusion based on her past and collective history – and she commits her own devastating act, one that will reverberate through their entire family's lives.

Intertwining her storytelling with ritual, myth, and the heart-wrenching question of who stays and who leaves, Scatterlings marks the debut of a gifted storyteller who has become a sensation in her native South Africa—and promises to take the Western literary world by storm as well.

"Rešoketšwe Manenzhe’s writing is exquisite. In SCATTERLINGS, she breathtakingly weaves myth and impossible love with South African politics and history. This is a book to be read and reread."
— Ayesha Harruna Attah, author of The Hundred Wells of Salaga and Zainab Takes New York

“Manenzhe debuts with a poetic and wrenching story of one family’s upheaval… the novel feels both grounded and timeless, as Manenzhe fuses this tragedy of South Africa’s segregationist policies with a long tradition of folklore. There’s great heft to this universal story.” — Publishers Weekly (starred review)

"South African writer Manenzhe’s debut looks back to an especially cruel moment in history when sexual relations between Blacks and Whites were pronounced unlawful, threatening prison for the adults involved....Manenzhe’s poetic narrative, sometimes dreamy, piercing, and lyrical...is threaded with heartache and suffering as well as ancestral myth and symbolism. An elegiac view of colonial and racial injustice." — Kirkus Reviews 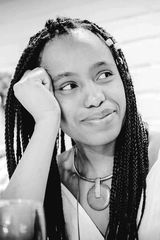 Rešoketšwe Manenzhe is a South African villager and storyteller. Her short stories and poems have appeared in the Kalahari Review, Fireside Fiction, Lolwe, FIYAH, and the 2017 Sol Plaatjie European Union Anthology, among other outlets. She has won the 2019 Writivism Short Story Prize, the 2020 Dinaane Debut Fiction Award, the 2021 Akuko Short Story Competition, the 2021 HSS Award for Best Fiction, the 2021 UJ Prize for South African Fiction in English, the First-Time Author award at the 2021 South African Literary Awards, and she was the first runner-up for the 2019 Collins Elesiro Prize for Fiction. She was shortlisted for the 2021 Sunday Times CNA Literary Awards. She lives in Cape Town.

Other Works by Resoketswe Martha Manenzhe