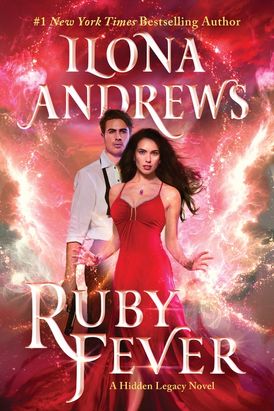 An escaped spider, the unexpected arrival of an Imperial Russian Prince, the senseless assassination of a powerful figure, a shocking attack on the supposedly invincible Warden of Texas, Catalina’s boss... And it’s only Monday.

Within hours, the fate of Houston—not to mention the House of Baylor—now rests on Catalina, who will have to harness her powers as never before. But even with her fellow Prime and fiancé Alessandro Sagredo by her side, she may not be able to expose who’s responsible before all hell really breaks loose.

"Andrews has a gift for placing likable characters within complex and interesting mysteries in which small, seemingly inconsequential, clues weave together into a spectacular finish. A winning romance that will thrill and satisfy fans while leaving them clamoring for the final book in the trilogy." — Kirkus Reviews (starred review) for Emerald Blaze

"Andrews’ whirlwind fifth Hidden Legacy romance opens with a bang and maintains a breakneck pace, dealing in magic that rouses and entertains... Andrews' worldbuilding is world-class, and the banter between Catalina and Alessandro sings. New readers will have no trouble jumping in with this installment and series fans will not be disappointed."  — Publishers Weekly for Emerald Blaze

“The phenomenal Andrews follows up Sapphire Flames with another satisfying entry in this popular series. Action, romance, intrigue, and tons of danger leave readers wanting more of the Baylors, more of the Primes. A required purchase for all romance collections.” — Library Journal (starred review) for Emerald Blaze

“Andrews’s endlessly inventive action scenes are chock full of strange magic, and Catalina and Alessandro’s sexy sparring is a delight. Fans and new readers alike will enjoy the wit and worldbuilding and be thrilled to have this exciting new heroine to root for.”
— Publishers Weekly for Sapphire Flames

“Emerald Blaze sizzles with imagination, making this paranormal a true gem of the subgenre.” — BookPage for Emerald Blaze 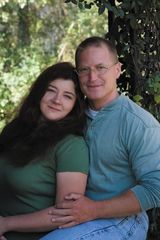 “Ilona Andrews” is the pseudonym for a husband-and-wife writing team. Ilona is a native-born Russian, and Gordon is a former communications sergeant in the U.S. Army. Contrary to popular belief, Gordon was never an intelligence officer with a license to kill, and Ilona was never the mysterious Russian spy who seduced him. They met in college, in English Composition 101, where Ilona got a better grade. (Gordon is still sore about that.) They have co-authored four New York Times and USA Today bestselling series: the urban fantasy of Kate Daniels, rustic fantasy of the Edge, paranormal romance of Hidden Legacy, and Innkeeper Chronicles. They live in Texas with their two children and many dogs and cats.

Other Works by Ilona Andrews