Stories of Laughter, Lessons, and Triumph 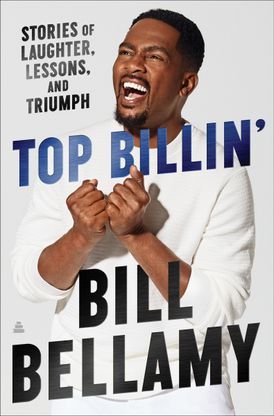 Stories of Laughter, Lessons, and Triumph

From the MTV trailblazer, stand-up comedian, and actor, a hilariously candid memoir that is an intimate, entertaining, and heartfelt tour through the exclusive, elusive, and eternally iconic world of ’90s pop culture.

Imagine 50 Cent’s Hustle Harder, Hustle Smarter written by a nerdy Black kid from Newark, New Jersey, who made it big despite the skepticism of his family. That’s Mixing It Up.

Bill Bellamy is Carlton Banks’s slightly cooler and comedically inclined alter-ego—a guy who went against the grain and left a promising corporate career path to pursue comedy (much to the dismay of his family). Making the leap paid off—in ways Bill never expected. In Mixing It Up, he looks back at his time at MTV during the ’90s, when the cable music channel was at the epicenter of pop culture. He recounts his legendary interviews with the biggest pop stars—Tupac, Biggie, and Kurt Cobain—making friends with Janet Jackson, and even coining the infamous term “booty call” on HBO’s Def Comedy Jam. During his time at MTV, Bill broke color and class barriers, appearing four times a week on the network’s various programs, including MTV Jamz and MTV Beach House.

Mixing It Up is an exclusive, all-access backstage pass to Bill’s career and life. It’s all in here—memories, music, and unforgettable moments, including conversations with some of the decade’s legendary artists, the best of the ’90s celebri-tea, nostalgia, and insights on what it meant to be a tastemaker during one of the most exciting and innovative periods in music and American pop culture history.

Bill Bellamy is the executive producer and host of Bill Bellamy’s Who’s Got Jokes? on TV One and was a longtime VJ and the host of several MTV programs, including MTV Jamz and House. After MTV, he starred in a number of movies and television shows, including Fled, Love Jones, The Brothers, How to Be a Player, Getting Played, and Any Given Sunday. He was the voice of Skeeter on the Nickelodeon television show Cousin Skeeter, costarred on the Fox Network television show Fastlane with Peter Facinelli and Tiffani Thiessen, and had a recurring role on the TVland original series Hot in Cleveland. He was also a frequent “roundtable” guest on the late-night E! talk show Chelsea Lately and hosted seasons 5 and 6 of NBC’s Last Comic Standing reality show.

Other Works by Bill Bellamy