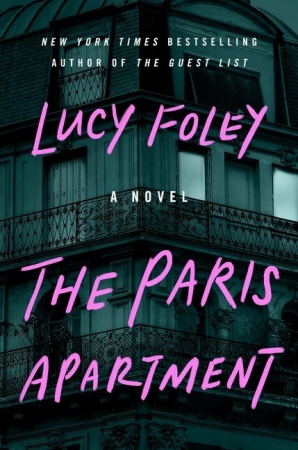 From the New York Times bestselling author of The Guest List comes a new locked room mystery, set in a Paris apartment building in which every resident has something to hide…

Jess needs a fresh start. She's broke and alone, and she's just left her job under less than ideal circumstances. Her half-brother Ben didn't sound thrilled when she asked if she could crash with him for a bit, but he didn't say no, and surely everything will look better from Paris. Only when she shows up – to find a very nice apartment, could Ben really have afforded this? – he's not there.

The longer Ben stays missing, the more Jess starts to dig into her brother's situation, and the more questions she has. Ben's neighbors are an eclectic bunch, and not particularly friendly. Jess may have come to Paris to escape her past, but it's starting to look like it's Ben's future that's in question.

Everyone's a neighbor. Everyone's a suspect. And everyone knows something they're not telling.

“Extremely evocative, with a richly-drawn atmosphere you can cut with a knife. Short of a trip to Paris, the next best thing is surely to settle down with a bottle of French wine and devour The Paris Apartment. The mystery revolves around an exclusive Paris apartment building, and Jess, our hugely likeable heroine, searching for her brother, who is missing from his apartment. The other tenants all have secrets to hide, and twist follows twist until you don’t know who to trust -- or suspect. Stylish, suspenseful, claustrophobic and menacing... Lucy Foley just keeps getting better and better. More, please!” - Alex Michealides, #1 New York Times bestselling author of The Silent Patient

“The Paris Apartment is a charged, charming thriller that'll have us all eyeing the neighbors a bit skeptically, no matter where it is we live.” - Town & Country

"If you binged Only Murders in the Building, then this book sounds like it may be right up your alley.” - Buzzfeed

“Evoking the great Agatha Christie classics And Then There Were None and Murder on the Orient Express, Lucy Foley’s clever, taut new novel, The Guest List, takes us to a creepy island off the coast of Ireland…Foley builds her suspense slowly and creepily, deploying an array of narrators bristling with personal secrets…Pay close attention to seemingly throwaway details about the characters’ pasts. They are all clues.” - New York Times Book Review

Murder on the Orient Express and And Then There Were None rolled into one...Fans of Christie, Louise Penny, and Ruth Rendell will absolutely love this book.” - Library Journal (starred review) on The Guest List

“Lucy Foley gets better with every book...The characters leap off the page, the twists are darker and more unexpected, and the setting is straight out of a Gothic novel...Yes, there’s a murder, but there's so much more than that. (The twists, I admit, are pretty good too.)” - Marie Claire on The Guest List

“No one may have come to the island intending to murder, but this destination wedding spirals into mayhem when it’s slowly revealed that most everyone in attendance is capable of becoming a lusting-for-revenge killer.” - Washington Post on The Guest List

"As you patiently await season two of Only Murders in the Building, cozy up with Lucy Foley’s latest whodunnit." - Parade 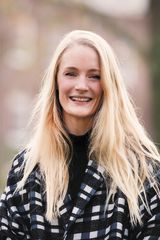 Other Works by Lucy Foley